Drew McIntyre On His Nutrition & Workout Routine In Interview 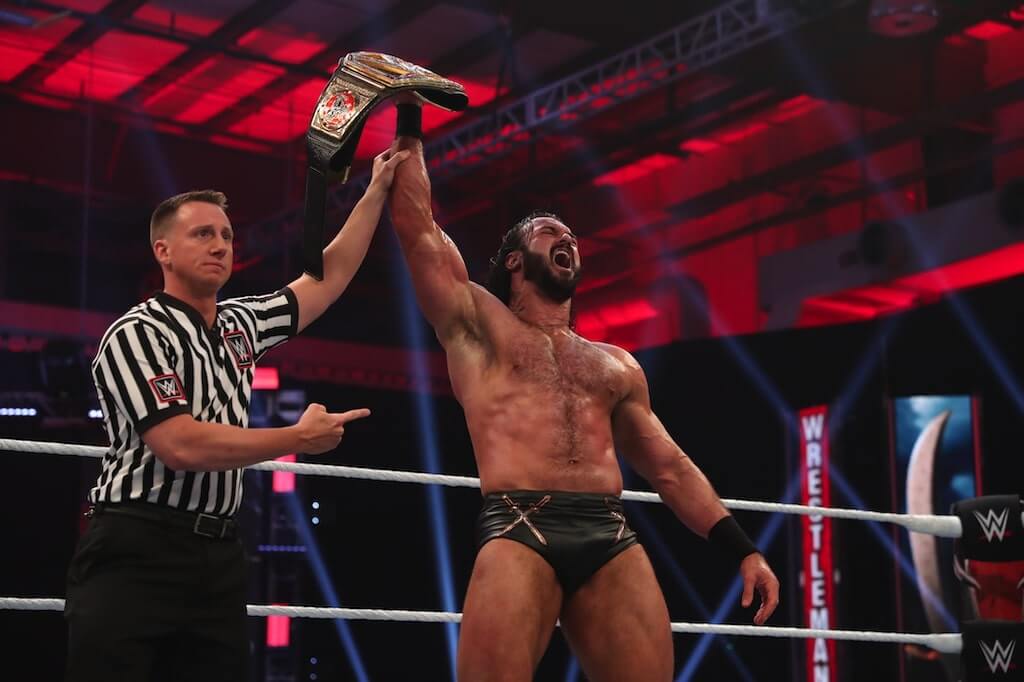 WWE Champion Drew McIntyre recently did an interview with Men’s Fitness UK, where he talked about his nutrition, workout routine, CrossFit, and many other topics.

Drew McIntyre on his weekly routine:

“For my weekly training I use an app that trainer Rob McIntyre (no relation) created. It’s one that I and a bunch of WWE superstars use. For four days a week it’s a plan of working with weights, but you can never predict what it’s going to be because every six weeks the program changes dramatically.”

“A lot of the guys do CrossFit too, but I don’t understand how – wrestling is hard enough on the body without doing a million movements that require very specific form! I tried CrossFit, but it’s not for me. I don’t do so much sparring when I’m on the road full-time. We have a very busy schedule as there’s generally four shows a week. (Three are not televised, one is a live TV show). We also have an international tour which is two straight weeks, that happens twice a year, and there can be other times when we’re on the road for maybe two or three weeks at a time. I’ve developed a good stretching program, which is vital for injury prevention, with different rehab moves as well as dynamic and static movements.”

Drew McIntyre on changing his nutrition regimen after his neck injury:

“That’s been the biggest difference maker, as anyone will see from how my physique has changed from about 2014 till now. I always worked out, I always worked hard, but I never followed any particular diet. But I broke my neck – two vertebrae – and the bones just needed to heal. My wife said to me, ‘You know, I think there’s more you could be doing.’ She suggested working on my physique more, having fewer nights out and looking into my nutrition.”