Breaking News
Home / WWE / Dolph Ziggler On Chemistry With Sonya Deville, The Miz & John Morrison, WWE Telling Him He’d Never Be A Top Contender Because of His Hairstyle

Dolph Ziggler On Chemistry With Sonya Deville, The Miz & John Morrison, WWE Telling Him He’d Never Be A Top Contender Because of His Hairstyle 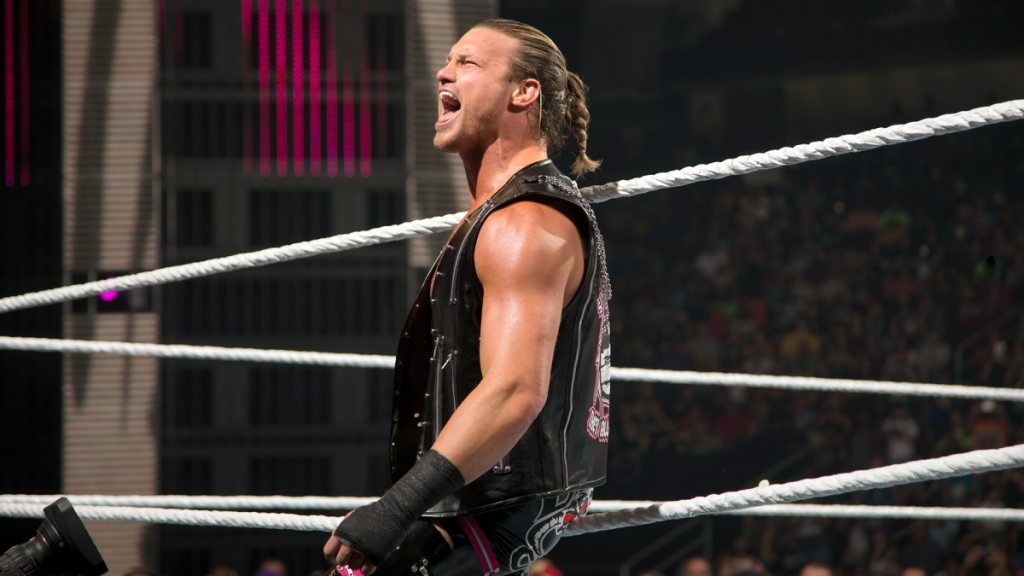 WWE Superstar Dolph Ziggler recently did an interview with TalkSport, where he talks about the chemistry he has with Sonya Deville, wanting to work with John Morrison and The Miz, and WWE telling him he would never be considered a world title contender due to his hairstyle.

Dolph Ziggler on his chemistry with Sonya Deville:

“Sometimes it’s there and sometimes it’s not. And sometimes we make it happen eventually over a few months, but right off the bat we had chemistry to where it worked and if this was a year ago, pre-covid times and we were doing live events, five nights a week and getting even more chemistry, we would have been this back-and-forth, just giving each other a look and knowing where the other one is going. But it was a really cool group, and I mean that all together. Otis has something special going on. Otis and Mandy are something special. Otis and Mandy versus Sonya and myself is something special. We hit it off. All three of them in that group, excluding myself, were young up and comers and they all wanted things to be great. They all wanted to dig their teeth and nails in and go ‘how can this be better? How can this be great?’ Sonya was like ‘How can I punch her in the face like this!’ [laughs]. To see that in their eyes made it so much better. It was like ‘they want to make something special here, they’re not just throwing in the screw.’ So it really could have been a long term thing. I just pictured longterm.. Sonya and myself, whenever we talked – and we only had a couple of weeks of it – but you could just feel it between us, we had this goal and something special was happening and I just pictured down the road: Myself, Robert Roode and Sonya coming out, black tie, suit and shades on with all the titles on our shoulders and I said ‘this could be something special’ but we never got to do it. But, that’s life in show business.”

Dolph Ziggler on wanting to work with John Morrison and The Miz :

“Maybe if I owned the company [I could make that stable.]. Hey, my friends are here, I’m just going to be on there team! [Laughs] But that’s not how it works. There was a handful of times where we were working together and we did a couple of backstage things. It was like this is really, really easy to turn into a team just like that [snaps fingers]. As usual, there’s other things going on and there’s other factors. The goal is something else and you go ‘OK, we just showed you the chemistry we have here and what we can do, but no problem.’ It’s one of those things and maybe we go back to it, we really could. In one day, we did like a two minute thing where we talked to each other and then we were a six-man team. We were tagging and laughing and I go ‘this is just the first day! This is something that could easily be special without us even knowing.’ So maybe we’ll go back to it, I would love that.”

Dolph Ziggler on WWE telling him his hair was holding him back:

“One time a long time ago, I was told the reason I’m not credible for world championships – this is 10 years ago, maybe longer, whatever – the reason I’m not credible enough to be winning world championships is because of my hair. Not because I get beat up, not that I lose every match, not that I don’t talk – it was because of my blonde hair. So it got cut short and dyed black and I was serious, I went out there and beat the hell out of Santino and it was the dumbest thing I’ve ever done. I didn’t want to do it. I said this isn’t me, we can find a way to introduce more of my shooting background and things – nope. That’s what they wanted [the hair cut]. Then after three weeks they said ‘oh, our bad.’ Sometimes people don’t see [it]. How about I just beat some people up sometimes? Or won a couple matches? Or talked? Or talk like I am right now and defend myself and say hey, I should be out here tying people in knots, winning world titles, getting on the microphone, hopping on a jet, doing a press conference and strutting away with Ric Flair! And they go yeah, but… I dunno. We should just cut your hair. So I tried to get out of it as much as I could, but sadly, I guess that’s the vision that they have and you have to go with that and try and fight them every single day and I do fight the good fight behind the scenes and in the ring every damn day.”

Previous AJ Styles Says Roman Reigns’ Return Would Be a Big Boost to WWE
Next Al Snow On Difference Between OVW And The WWE Performance Center, Wrestling Moving to a More Grounded Style