Breaking News
Home / Impact/Japan / Doc Gallows and Karl Anderson On the Terms of Their Impact Deal, If They Can Work With NJPW

Doc Gallows and Karl Anderson On the Terms of Their Impact Deal, If They Can Work With NJPW

Doc Gallows and Karl Anderson, who recently signed with Impact Wrestling discussed the terms of the new deal on their Talk’n Shop podcast. The duo made their debut on Slammiversary on Saturday as The Good Brothers.

On the podcast they mentioned that they signed a two year deal with Impact Wrestling which also allows them to wrestle for NJPW.

Check out the highlights or watch the full podcast below.

Doc Gallows on their status with Impact Wrestling: “

I think that we need to thank Impact Wrestling for honoring the deal that they offered us before we made the wrong decision, and say ‘Welcome to Slamm-f**king-versary, is what I think we need to say.”

“That’s f**king exactly right. They came back with basically the same [offer] … we signed a two-year deal with Impact. I think I heard Jim Cornette putting it over and saying — which I enjoyed, because usually Jim buries stuff. But I think he was saying it was probably a pay-per [appearance] thing, because Impact was doing pay-per stuff. But I can promise you, it’s a very good — it’s a big deal, and it’s a good one.”

Karl Anderson on if they can work elsewhere, like Japan:

“We’ve already got offers in place with New Japan, and we’re trying to carve out, like as soon as they open back up, we will return back there. And so as soon as we can make those flights, Impact is going to work around New Japan’s dates, and New Japan’s is waiting for us. And that’s all part of this thing.”

Previous Charlotte Flair on How Andrade Proposed to Her, Possibly Having Children And Becoming A Mom
Next Kayla Braxton Explains Testing Positive For COVID-19 Twice, Dealing With Cyberbullies 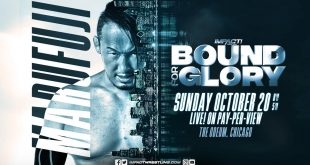