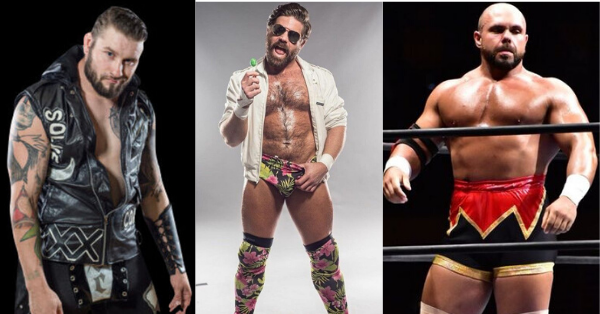 Anthem, which is the parent company of Impact Wrestling has issued a statement regarding the sexual misconduct allegations against several of their Impact Wrestling’s talent, including Dave Crist, Michael Elgin and Joey Ryan. As we reported earlier, Elgin was accused of sending unwanted photos of his genitalia, while Ryan was accused of groping a woman.

when i was still training i was 100% groomed and sent unwanted photos by dave crist but any time i spoke about it i felt like i didn’t have a voice because i was a 20 year old trainee or was laughed at because ‘hE sHoWs EvErYoNe HiS dIcK’.

It is a core value of the Anthem organization that we conduct our business with respect and integrity, providing a safe and secure work environment for our employees and performers.

We are following carefully the various allegations being made through social media, and are reviewing all incidents involving Impact Wrestling talent and personnel to determine an appropriate course of action.