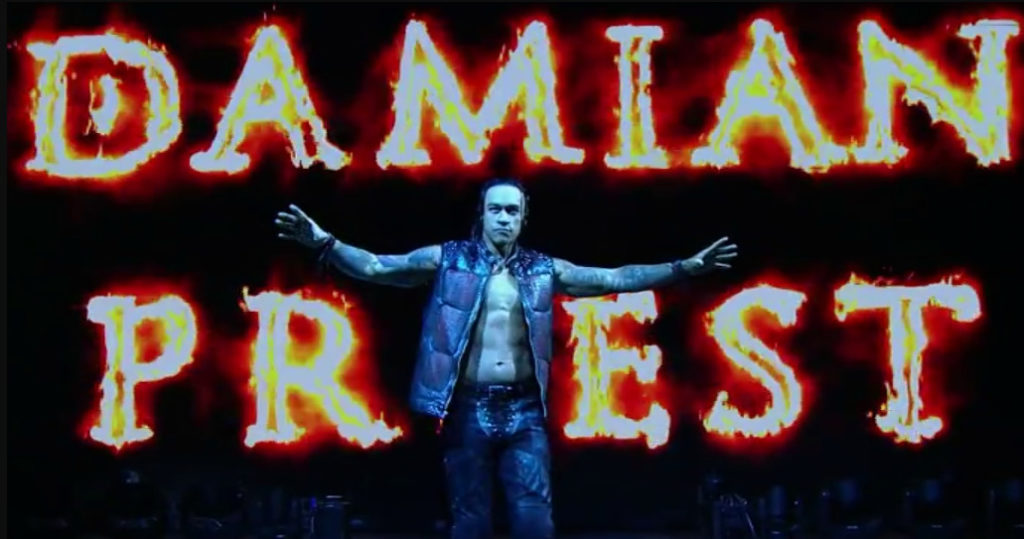 WWE NXT Superstar Damian Priest recently did an interview with ComicBook.com where he talks about several different topics, including who inspired him to become a wrestler, Undertaker’s respect for the business, taking crazy bump at NXT TakeOver and much more

Damian Priest on The Undertaker’s respect for the business:

“I guess it comes down to respect. The respect that he’s had for the business, and that he demanded from everybody else in it. That’s probably the number one thing. People that are in it that are successful, you have to have a certain respect for the business and treat it a certain way or get out because you don’t belong. I think he’s instilled that, and he’s made sure that everybody around him has had the same mentality. That’s probably the biggest influence he’s had to the business, not just WWE, where people know how to act toward the business. The ones who don’t, you’ll see them fade away. They don’t last. They might have a moment in the sun, but then that’s it. The people who really last are the people who follow his lead, and it comes down to that, respect.”

“For me, personally, I wouldn’t even be in the business if it wasn’t for The Undertaker. I fell in love with professional wrestling and WWE because of The Undertaker. I was a kid watching and I was mesmerized. I followed his entire career from then on. I mean, now I’ve had the chance to spend a little bit of time with him, and it’s incredible. I was literally, right before we got on the phone to talk, I was looking at a picture from 21 years ago when I met him and I was shaking his hand as a kid. Now I see, because of the network and The Last Ride, that there’s a clip going around of me shaking his hand. It’s cool to see both pictures 21 years apart, me shaking his hand. It’s incredible.”

Damian Priest on his back after NXT TakeOver:

“Yeah. It’s a little tender. At this point, it’s more muscle soreness and pain than anything else. Nothing too serious. It’s just that the muscles are so tightened up that sometimes if I move too fast I’ll feel a jolt of pain, only because I need to really loosen up and warm up before I do physical activities. So it’s just a matter of stretching and physical therapy to get moving, basically, but I’m okay. I’m cleared to go. It’s not going to be an issue, as far as me being able to compete, put it that way. There’s always something that hinders, there’s always something in pain, but I think it doesn’t get recognized because we don’t even recognize it. We’re so used to it and accustomed to it, that we’re just on a go, go, go mode. We get asked all the time, ‘How you feeling?’ The answer is easy, ‘Fine. I’m great.’ But, realistically, we’re not. There’s something sore. There’s a muscle or a tendon or something. There’s always something wrong with us, but we choose to kind of block out that pain. We’re just focused on the goal at hand, which is usually to win a match. It doesn’t get appreciated and brought up as much, but I think that’s because of the way we treat it, where we don’t even bring it up. I get why people don’t talk about it as much. To be honest, I think we all prefer it that way. We don’t want that to be a focal point. We don’t want that to be the news. We want our ability, we want our match quality, we want that to be the focus on our business, basically.”

“I see it like this, he’s obviously very talented, but it’s clearly a different style compared to Killian Dain like you said. Killian Dain, he’s more of a brawler. He’s a big boy, so I have to approach that more from a physicality standpoint. We’re going to be standing up more. Where Cameron Grimes, I know what he’s going to be coming for. He’s going to be coming for a limb, especially now that I have an apparent target on my back, literally. I know what he’s coming for, so it’s just a matter of me protecting myself in that sense and trying to keep him up on his toes, as much as I can, until I drop him.”

Previous WWE Reportedly Dealing With Multiple COVID-19 Positive Results, Officials Knew About Results ‘For at Least a Day’
Next Shelly Martinez On #SpeakingOut Movement, Her Experience With Joey Ryan, Advice for His Victims