Cris Cyborg On Wanting To Face Ronda Rousey In WWE 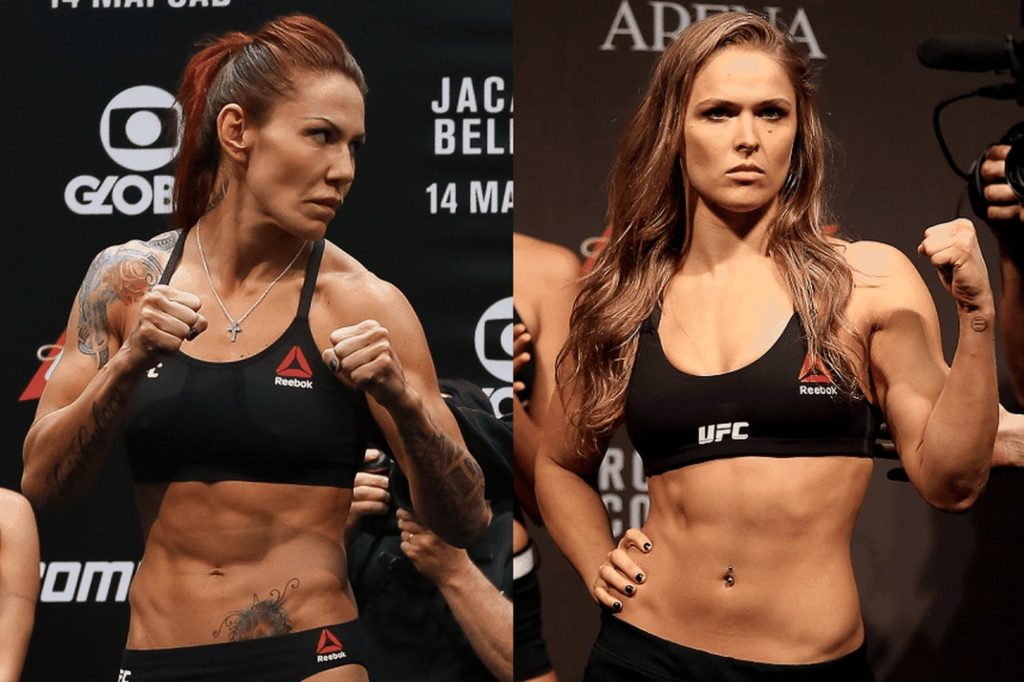 On the latest episode of The No-Sports Report, Bellator MMA star Cris Cyborg joined Jensen Karp to discuss her career. During the interview they talked about her interest in the world of pro-wrestling. You can listen to a clip of the interview below.

Cyborg has mention several times that she would be interested in transitioning to pro-wrestling since her MMA career is coming to an end.

She has been trying to get a fight between her and Ronda Rousey, who is a former UFC Women’s Bantamweight & WWE RAW Women’s Champion. At this point a fight between them is not going to happen, but a match in a WWE ring can definitely still be a possibility.

Yeah, I’m open to do it. I know she’s already there. I know she likes to do it, and here we can do something cool. I think for the fans, for them, I think it’s going to be very cool. Epic.”

Cyborg did make it clear that even though she is interested into jumping into the world of pro-wrestling, she will not put her MMA career on hold to do it.

Previous The Bella Twins Reveal The ‘Total Bellas’ Scene That Never Aired, How To Avoid Vince McMahon’s Wrath
Next Eric Bischoff On Hulk Hogan Turning Down Lead Role In The Wrestler, Didn’t Want to Come Off As Broken Down Wrestler