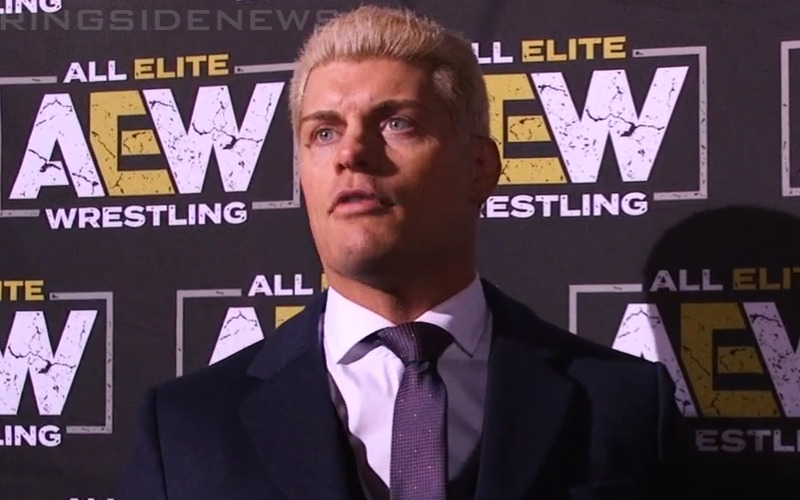 WWE originally trademarked “Cody Rhodes” on October 13th back in 2009. According to Heel By Nature reports the WWE had a six-month grace period, but that expired on April 13th. That same day is when Cody filed his application.

WWE was sent notice back in 2018 telling them about the upcoming expiration date and the six-month grace period.

WWE originally filed the trademark on October 13th, 2009 and the filing expired on October 13th of last year. WWE was sent notice in 2018 of the expiration in a year and the six-month grace period.

Cody previously talked about the situation with the trademark,

“By no means is WWE holding that name hostage, that is not a real thing. If I was to walk out tomorrow as Cody Rhodes and announced as Cody Rhodes, nobody’s gonna sue us, nobody’s coming after us.”

Back in 2017 Cody mentioned that he planned on getting the name back.

“I don’t mind that WWE took away my last name. Deep down, in my bones, I definitely want it back, and I have plans to get it back, but there is something to being Cody. The longer I don’t have a last name, the more I’m okay with it. That’s not to say WWE is holding it ransom. It’s literally an intellectual property law that easily can be remedied, but there is something about being Cody that I don’t mind.”

Previous Rob Gronkowski On Status of the WWE 24/7 Championship (Video)
Next Triple H On His First Meeting With Vince McMahon, Vince Didn’t Know Who He Was, Being Impressed With McMahon