CM Punk & Paul Heyman On Their Friendship With Brock Lesnar 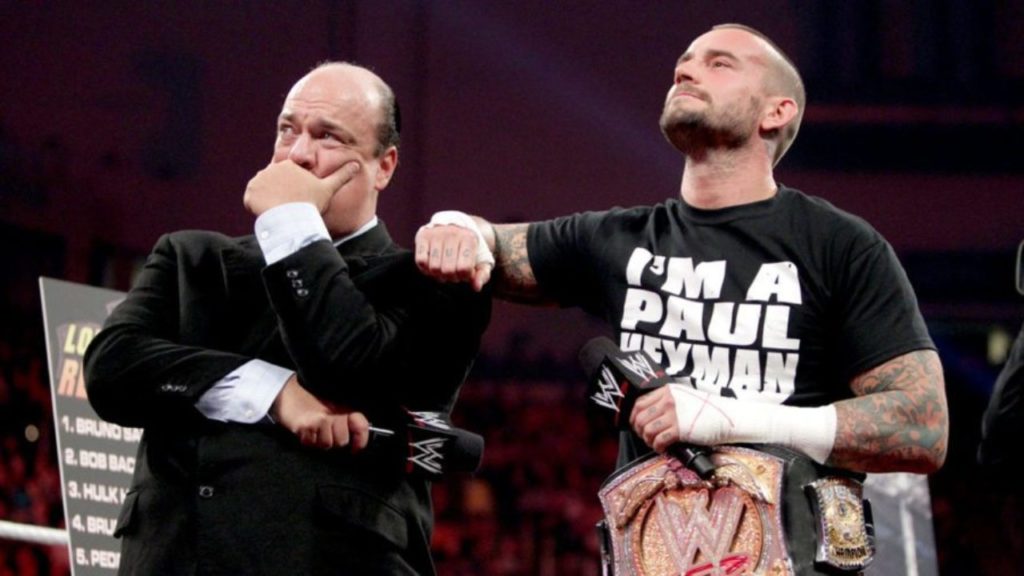 In an article by ESPN several wrestlers give their take on the eight-time world WWE champion, Brock Lesnar. Everyone knows that CM Punk and Paul Heyman have been great friends with Brock Lesnar for a while now, but how do they feel about him now? Well, below he have included some highlights from both of them, if you would like to read the full article you can find it here.

CM Punk on his friendship with Brock Lesnar:

“I don’t want to ruin his image. I think he’s a f—ckin’ sweetheart. This is a guy, when I got into MMA and I left wrestling, he was texting me, “Hey, if you need any help.” I’m always kind of a standoffish guy. It’s hard to open up and trust people in the pro-wrestling world. But he was never anything but a real sweetheart. It was a pleasure to work with him. He’s just a great guy, I think.

I think I’m one of the lucky guys who he wanted to work with in pro wrestling. We put together a pretty special match. I don’t think Brock gets the credit for how smart of a wrestler he is.

I didn’t know how Brock was going to be receptive to any ideas. So I, especially at that point in my career, I was like, “Let’s just go out there and call it in the ring.” He was totally stoked to do that. I kind of said, “I just want to do this and this and this.” He said, “Oh.” After every idea I had, he had three ideas that spun off that he wanted to do.

It was fun. That match is everything that I loved about pro wrestling. Just two guys coming together and being like, “F—, let’s just do whatever we want and have fun.”

I think Brock has got a big heart, and that’s something a lot of people don’t talk about. They’ll talk about the freak strength and the crazy athletic things he’s done in his career, the accomplishments. But they don’t talk about the fact that he loves his wife, his kids, lives on a farm and just kind of wants to be left alone. All the fame and the money and everything is really just a side effect of being successful at what he wants to do. And he does what he wants, when he wants. That’s the beauty of Brock Lesnar.”

Paul Heyman on his friendship with Brock Lesnar:

“I think within five minutes of us having a personal conversation, we both knew we had found a best friend for life. It’s a fearless friendship, because we both know that the other speaks the absolute truth as we see it. And then there’s nothing to fear.

It was during Brock Lesnar’s battle with diverticulitis that we were writing his book. So I lived a lot of that with him, through his comeback fight with Shane Carwin in 2010. Of course there were concerns. The realization that diverticulitis robbed Brock Lesnar of just how great he could ever become. That as much of a once-ever athlete as he truly is, we’ll never know just the level that Brock Lesnar could have achieved and his dominance in the heavyweight division of the UFC. Let alone the main event of WWE. Because so much of his physicality, of his athleticism was robbed. And still he was as great as he grew to be.

The battle with diverticulitis was a very humanizing time for Brock Lesnar. And he didn’t like it. He was very concerned. He almost died from it. And then rightfully concerned with how much of his career he was going to be robbed of and deprived of.

He went straight home after beating Carwin, because his wife was nine months pregnant with their second son. He went straight from the enormity of that fight and all that it represented, and how metaphorically it was a picture-perfect example of what his life had been like. The first round with Carwin was a lot like diverticulitis in that it almost took him out. And the second round, he choked out Carwin, which is Brock getting by diverticulitis. And then he went straight into personal mode. Went back home for the birth of his second son, his third child.

We both understand the wrestling business for being a business. And not for being a showcase of our ego or a feeding frenzy indicative of a need for affirmation. We understand what this was and what this wasn’t. And we understood that the art of the performance was a means of support, not a search of a de facto rock-star experience. So in many ways as diverse as our backgrounds were — a piss-poor dairy farm boy from Webster, South Dakota, and a smartass New York Jew always looking to cause trouble — the fact is what drove us, what motivated us and our outlook on our lives was eerily similar.”

Previous Brandi Rhodes On Critics And Expecting Backlash
Next AJ Styles On WrestleMania 36 Moving To A Two-Night Format, Safety Concerns, And More