Chris Jericho On Feud With Mike Tyson, Perfect Time for Mike Tyson to Have a Wrestling Match 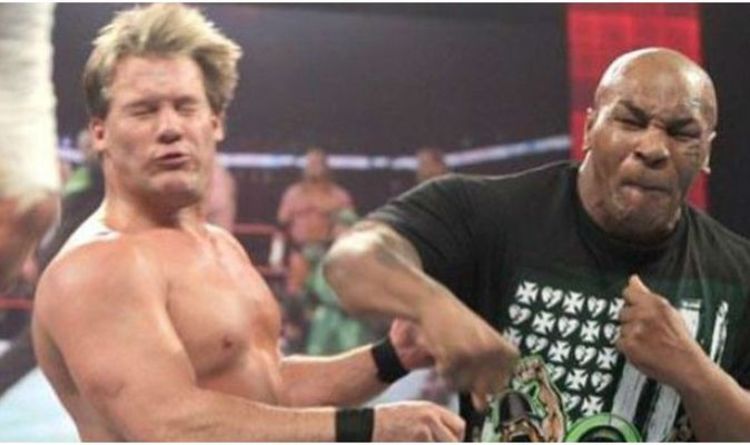 Former WWE and AEW World Champion Chris Jericho recently joined Wrestlezone’s Bill Pritchard to talk about his feud with former Heavyweight Boxing Champion Mike Tyson. Jericho feels that right now is the perfect time to have a match with Tyson.

Chris Jericho on feud with Mike Tyson possibly ending in a match:

“I’d like to see it go all the way. Mike has been an enforcer, Mike has thrown a punch that has knocked somebody out—which is me—and Mike’s been involved in this wild and wooly brawl. The one thing he has never done is have a match, and I think this is the perfect time for him. The aura and the mystique of Mike Tyson is back. He looks great, you’ve seen his sparring videos, he moves fast, he’s ‘Iron’ Mike Tyson again. Probably one of the worst things you could do is put him in an actual boxing match. Maybe if it’s somebody in his own era and doing kind of an exhibition and that sort of thing, but we want to keep Mike Tyson’s aura at a maximum which is why AEW is perfect for him. We can do whatever storyline we choose and wrestling is all shapes and sizes, we can do whatever we need to do and plug him into any situation that we want to make it. I think there’s no better person for that than Chris Jericho after all these years of doing this who is kind of a ‘Mike Tyson’ of wrestling. I’ve never lost my aura or my mystique but you can see that I’m doing some of the best work in my career after doing this for 30 years. So it’s a perfect match-up.”

Chris Jericho on having a built-in storyline with Mike Tyson:

“Mike and I know each other. We’ve known each other for ten years. We have a built-in storyline, a built-in angle. It’s not just a random thing and the character of Chris Jericho that makes perfect sense that I would be obsessing with this for ten years and not scared of Mike Tyson. I know a lot of people are like, ‘Are you crazy? You were standing face to face with Mike Tyson!’ With Mike, there’s no script, there’s no rehearsal, he’s going to do whatever the fuck he wants and that’s fine. I don’t mind cause I can control that and I expect it, so I think there’s a lot of excitement there and I know we’re working on that, both sides, to make something like that happen.”

Previous David Starr Accused Of Rape and Sexual Abuse, Says “I Am Not A Sexual Predator,” Promotions Strip Title From Him
Next Jim Cornette On WWE Offering Ultimate Warrior Huge Contract After Montreal Screwjob & More