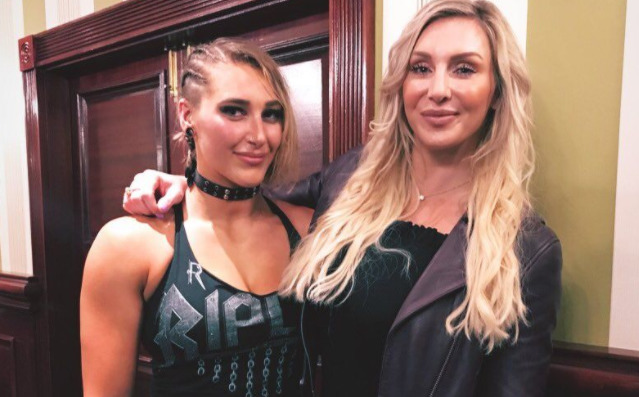 Current NXT Women’s Champion Charlotte Flair recently had an interview with The Daily Mirror UK, where she discussed her WrestleMania 36 match with Rhea Ripley. She also shares her thoughts on Ripley, saying that she always thought very highly of her. Here are some of the highlights.

Charlotte Flair on the positive reaction to her match with Rhea Ripley:

“I try not to read too much into what people think because one day people are happy, and one day they are not, but in terms of knowing or hearing that people enjoyed what we did, it’s such a gratifying feeling, knowing that people were entertained. But I think the biggest compliment, and it was my ultimate goal, was when people said ‘I forgot’ that there wasn’t an audience while watching Charlotte versus Rhea. That’s exactly what I wanted to do and that’s exactly what we did. [Fans] were that captivated by the storytelling and the aggression.”

“I always thought very highly of Rhea. I think that watching her perform under pressure is what I took away, because I know that I’m a ‘pressure player,’ meaning I perform probably almost better under pressure, and that’s exactly what she did. Rhea rose to the occasion and that lets me know that wherever her journey goes, she is going to succeed because she showed up to the occasion and that’s sometimes the hardest thing to do. You can have every tool and be extremely talented, but if you can’t perform well under pressure, then that will make or break you. Rhea did that, so I have no doubt in my mind that there are bigger things ahead for her.”

Previous Britt Baker on Her Promos Being Based Off Bullet Points, AEW Allowing Creative Input
Next WWE Exploring A “plan B” for New City to Host WrestleMania 37