Breaking News
Home / WWE / Charlotte Flair on How Andrade Proposed to Her, Possibly Having Children And Becoming A Mom

Charlotte Flair on How Andrade Proposed to Her, Possibly Having Children And Becoming A Mom 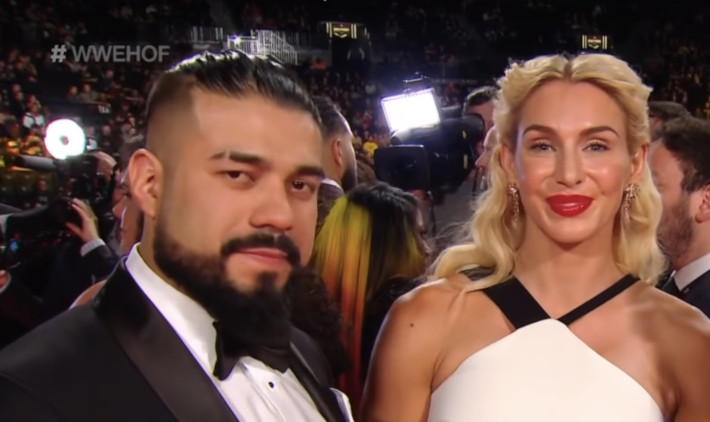 On the latest episode of The Bellas Podcast, WWE Superstar Charlotte Flair discussed her wrestling career and her relationship with WWE Superstar Andrade. Charlotte talks about how Andrade proposed to her, her wedding plans, if she would like to have kids and much more.

Charlotte on wedding plans with Andrade:

Charlotte Flair on having more time with Andrade at home:

“But I will say, you guys know how much we’re on the road. The time at home because of COVID has been the best thing. The relationship is different than being in a different hotel room every single night to being on the road and sleeping in the same bed and having somewhat of a routine. You actually learn people’s habits on the road, but this is then the most quality time I’ve ever had [with Andrade].”

Charlotte Flair on how Andrade proposed:

“So, our first trip together, he took me to Cancun. When he first said, ‘Let’s go to Cancun,’ I was thinking spring break 2005? *Laughs* Because that’s what I think of Cancun. I’m like, ‘He’s taking me to Senor Frogs?!’ He’s like, ‘No, mami! Cancun’s not like that.’ Because he knows all the best places. So, we wanted to go to Cancun again for New Years. So he’s like, ‘I’ll plan New Years.’ I’m like, ‘OK, whatever.’ He took me to this really nice restaurant that was on the water. After we ate dessert, the waiter was like, ‘Let me take you this way.’ The restaurant at the top of it had a staircase to the dock where a yacht was waiting. We got on the boat, listening to music and drinking, and then we pulled up to two other big boats. We went on the nose. And then there were fireworks on the countdown. When we were listening to the music from the other big boats, I turned around, and he was down on one knee. Because he knows how much I love boats and the water.”

Charlotte Flair on first New Years together with Andrade:

“Only because I know the girls will like this, for our first New Years, when we started dating, or whatever you want to call it, we would have to Google Translate to each other in English. Our first New Year’s, he could speak it, but it was more like he didn’t understand we were Google Translating at the bar. Then, we returned next New Year to being proposed. Love speaks one language. I can understand it [Andrade’s Spanish], but I can’t speak it. All the movies we watch have subtitles.”

“I definitely want to be a mother, but I don’t know. It’s just like, if I had the same confidence that I now have in the ring with other opportunities or projects, what could I do? And I’m not ready to try to figure that out on top of trying to be a mother. Like yes, do I want children? Yes. Does my age scare the crap out of me? 1000 percent. But I feel like, ‘OK. Just don’t have the baby because it seems really perfect, and you’re old best friend’s having a baby and it’s your [age],’ like when it happens, it happens. I’m just trying to think, ‘Don’t be scared to venture outside of wrestling. Like go for it.’ I think that’s what I’m trying to figure out.”

Previous John Cena Debunks Coronavirus Conspiracy Theories
Next Doc Gallows and Karl Anderson On the Terms of Their Impact Deal, If They Can Work With NJPW