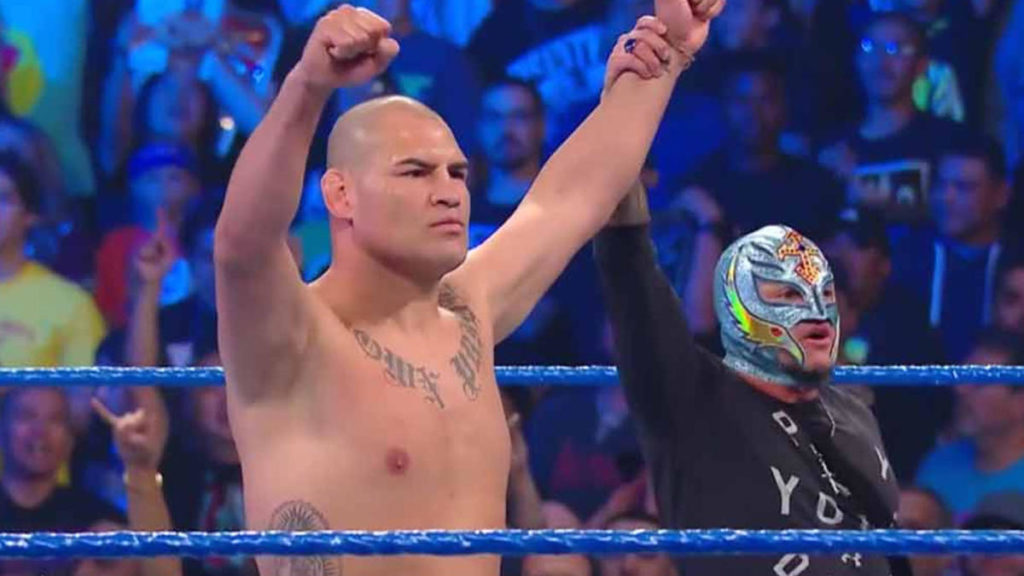 Former UFC heavyweight champion Cain Velasquez has reportedly been released by WWE and is no longer on their roster.

On the latest episode of Wrestling Observer Radio, Dave Meltzer said that Velasques had been cut by WWE after only having one in-ring match for the company which took place in Saudi Arabia back in October at Crown Jewel 2019. The WWE Championship match only lasted two minutes and ended when Brock Lesnar submitted Velasquez.

Velasquez made his pro wrestling debut last August when he appeared at Triplemania XXVII in a six-man tag team match teaming up with Psycho Clown and Cody Rhodes. They defeated Killer Kross and Los Mercenarios.

Back in October there were reports of Cain Velasquez signing a “giant contract” with WWE, but according to Meltzer, they were allowed to cut him due to a clause in his contract.

Before Velasquez signed with WWE he had interested from AEW and NJPW as well. Executive Vice President of AEW, Cody Rhodes had some really high praise for him after teaming up with him for his pro wrestling debut in AAA.