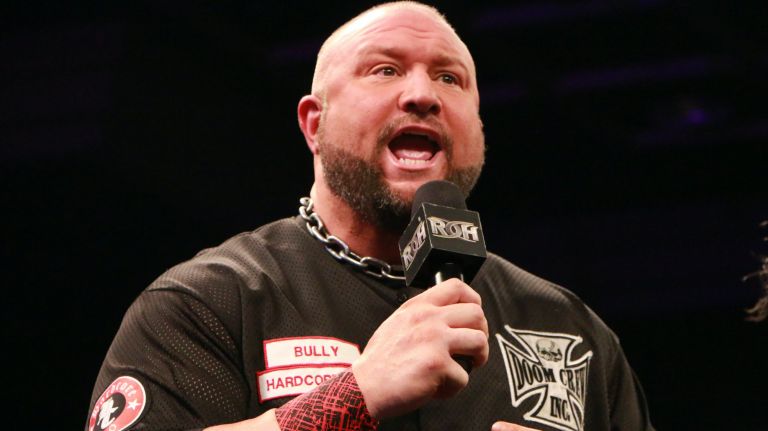 On the latest episode of Busted Open Radio  c0-host and WWE Hall of Famer, Bully Ray recently talked about the ongoing ’empty arena’ that WWE and AEW are taping. Theses arena’s are obviously empty due to the COVID-19 pandemic.

Bully Ray comments on the low ratings that both shows are getting. He feels that he has a solution to make the show have more ‘ambience.’ Bully Ray wants to bring back Vince McMahon and Stone Cold Steve Austin for WWE commentary.

Bully Ray on who should be doing WWE commentary right now:

“All right, this is gonna sound crazy. If somebody said to me, ‘who should be on WWE commentary every week right now?’ Considering the times that we’re in, considering what needs to be done? You know who I would put a commentary? Vince McMahon and Steve Austin” Bully Ray began on Busted Open. “Would you tune in just for the commentary? Of course you would.”

Bully Ray on why Steve Austin and Vince McMahon should do WWE commentary right now:

Bully Ray on the credibility McMahon and Austin would bring:

“Vince McMahon has been one of the best people behind that announce desk ever Right? Because he’s getting across the stories that he wanted to tell. So if you put the greatest rivalry in the history of wrestling behind behind the announce table, holy crap what the hell are these two guys gonna say to each other? And when the time is right they bicker, and when the time’s right they lay out and tell stories. ‘Well you know these New Day guys they’re really good you know they’re sitting on 8 Tag Team Championships, only a matter of time before they break the record.’ Holy sh*t Steve Austin just put over the New Day!? Instant frickin’ credibility.”