Breaking News
Home / impact/wwe / Bully Ray On Meeting With Vince McMahon About Bully Ray Character to WWE, Why Vince Didn’t Want to Use It

Bully Ray On Meeting With Vince McMahon About Bully Ray Character to WWE, Why Vince Didn’t Want to Use It 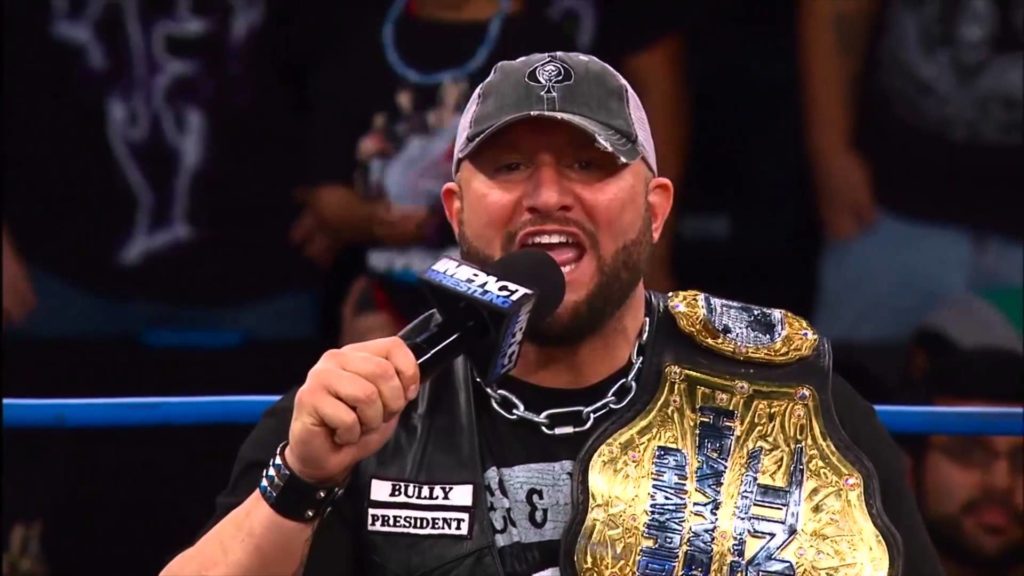 Bully Ray recently had an interview with Chris Van Vliet where he discussed meeting with Vince McMahon to tell him he was done with WWE’s version of the Dudley Boyz, possibly bringing the Bully Ray character over to WWE, why Vince didn’t use the character and much more.

Bully Ray on telling Vince McMahon that he is done with WWE’s version of the Dudley Boyz:

Bully Ray on why Vince McMahon didn’t use the Bully character in WWE:

“I said, ‘But I do have something that I’d like to pitch to you.’ And he looked at me and he goes, ‘I know all about Bully Ray.’ And for the first time in a long time, I got stopped in my tracks, because you don’t expect Vince to acknowledge something that happened in another company, and that kind of told me that whatever I did over there kind of got back to him, which is kind of cool, so we had the Bully discussions, he couldn’t get around the word ‘bully’ because the Be A Star program, so I told them, I said, ‘Vince, listen, here’s how we go about it, we do Bully Ray for a year, and when we get to the end of the Bully Ray story or run, that one babyface, that uber babyface makes Bully understand the errors of his ways, and why you shouldn’t be a bully, and now Bully Ray can go and do all the Be A Star talks with the younger kids, and don’t be a bully, I learned from my ways.’ It was an in the ring and out of the ring concept. And he goes, ‘My God, I love it, it’s great, but in that year that it’ll take to get to that, I’ll get killed in the media, because how can you have an anti-bullying program but call somebody Bully Ray.’ Now they can have characters that act like bullies, but they’re not directly calling somebody Bully something.”

Bully Ray on the backup name they came up with:

“The backup name was going to be the Intimidator Bubba Ray. That was it. He loved it.”

Previous Nikki Bella On Breakup With John Cena, Sex Story That Was Taken Out of Her Book
Next Bray Wyatt Shows Off New Fiend Face Mask For COVID-19 Pandemic