Breaking News
Home / WWE / Bruce Prichard On Sunny & Paul Bearer Not Getting Along, The Undertaker Getting Pranked With Pickles & Cucumbers, More

Bruce Prichard On Sunny & Paul Bearer Not Getting Along, The Undertaker Getting Pranked With Pickles & Cucumbers, More 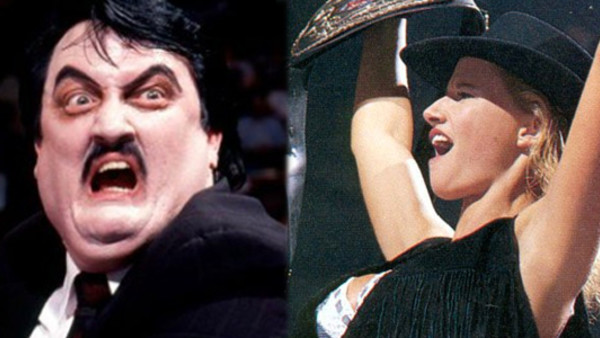 During the latest episode of Something to Wrestle, Bruce Prichard talked about Sunny and Paul Bearer having issues with each other backstage. Prichard also mentions The Undertaker getting pranked with pickles and cucumber pranks often.

Bruce Prichard on heat between Sunny and Paul Bearer:

“They didn’t get along, and it was very high school-ish and just kinda back and forth, nipping at each other, and they didn’t like one another, that’s about it. I remember when we finally had to sit them down and talk, that’s where the, ‘If I wanted to hook you, you’d be hooked,’ come from. Chris Candido standing out there and Jerry Brisco and I asked Chris, ‘Chris, you’re gonna need to leave, we don’t want any words between you and Paul, you just need to let it go,’ and went to ask Chris to leave, and Jerry took him by the elbow, and he says, ‘What you gonna do, Jerry, you gonna hook me, Jerry?’ And Jerry says, ‘Chris, if I wanted to hook you, you’d already be hooked.’ Yeah, they just didn’t like each other. Sometimes you don’t like people you work with.”

Bruce Prichard on if it’s true that The Undertaker would get pranked with pickles & cucumbers:

“Yes, and Percy could get away with a lot more with Undertaker than most could.”

“I just remember putting them at the bottom of his iced tea one time, and by the time he got to the bottom, he puked.”