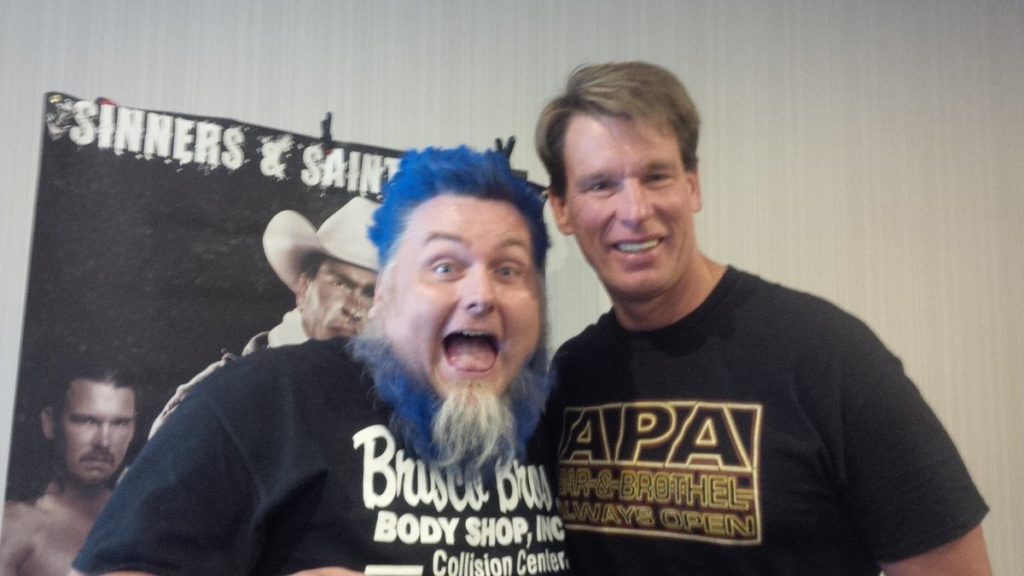 Bruce Prichard recently spoke on the infamous incident at ECW One Night Stand 2005, where JBL started shooting on Blue Meanie in the middle of the ring which left Meanie bloodied after being busted open by JBL’s legit punches. After noticing this, several ECW wrestlers started to go after JBL until Bubba Ray Dudley pulled JBL out of the ring. Meanie later said that JBL yelled at him after the incident for saying certain things about him online.

Bruce Prichard on what he remembers about the incident:

“Didn’t even notice it, frankly. Heard about it afterwards. According to John, he had been hit in the back of the head, turned around, there was Meanie, thought Meanie hit him in the back of the head, and proceeded to throw live rounds at Meanie. Wasn’t proud of it, wasn’t happy with it, and that night, everybody upset, tempers flaring, and not a good night, but after that, they got together and shit, I think they’re friends now.”

Bruce Prichard on who he sides with on the incident:

“In the middle, I think it’s one of those situations where tensions were high and everything gets escalated out of control. That shit happens in physical sport. I don’t think John was right in it. It ain’t ballet. Shit happens. Sometimes unfortunate things happen. The important thing is that once everybody got back together, cooler heads prevailing. It was a misunderstanding and you move on.”