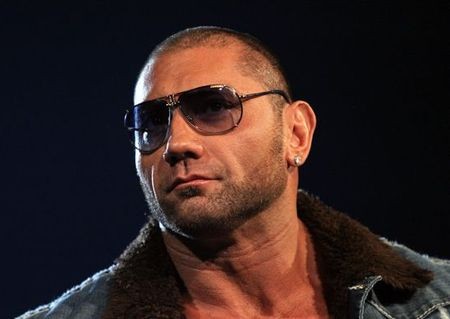 Bruce Prichard, on the latest episode of Something To Wrestle discussed an incident that happened back in 2005 while the WWE was in an overseas tour of the UK. According to Wade Keller, MMA fighters and WWE wrestlers got into an altercation in a hotel lobby. According to Prichard he was told that the wrestlers “manhandled and restrained” them until the police arrived. Reportedly Batista subdued the 6’3″ Kash Gill, who is a former kickboxing champion.

Bruce Prichard on how the incident started:

“Everybody was staying in the same hotel and they had an MMA show and then we had our live events there, so by the time everybody got back to the hotel, it was the MMA guys going, ‘Oh, it’s a bunch of fake wrestlers,’ it’s the wrestling going, ‘Hey, look at the shooters,’ and just a lot of testosterone in that bar and then you add alcohol to that, not a good scene. And it led to one guy calling out one guy, to another one backing him up, to somebody else backing them up, to eventually, and I was not there, what I heard from people who were there and part of it, that they eventually got out into the hotel lobby and basically kind of squared up on opposite sides of each other.”

Bruce Prichard on the fight itself and police arriving:

“The MMA guys threw the first punch and it was on, and it didn’t last that long because as legend has it, the boys subdued them. The hotel security had already called the police because they saw what was going on in the bar. In the bar there was a lot of ‘fuck you’, ‘fuck you’ and ‘let’s go outside’ and ‘let’s do this’ so there was a feeling from the hotel security that something was going to happen. So the police were on their way, it wasn’t like, they had the fight and we’re gonna hold them down and phone the police and you wait for the police to get there, they were already on their way. So by the time the fight happened, the police were pretty much there. And on all accounts, keep in mind the only accounts I heard were from our boys, was that the WWE guys pretty much dominated and took them down and did what they needed to do and the police all got there and separated everybody. I don’t even think any arrests were made.