Breaking News
Home / AEW / Brian Cage On Why He Chose AEW over WWE, Working With Taz & Much More

Brian Cage On Why He Chose AEW over WWE, Working With Taz & Much More 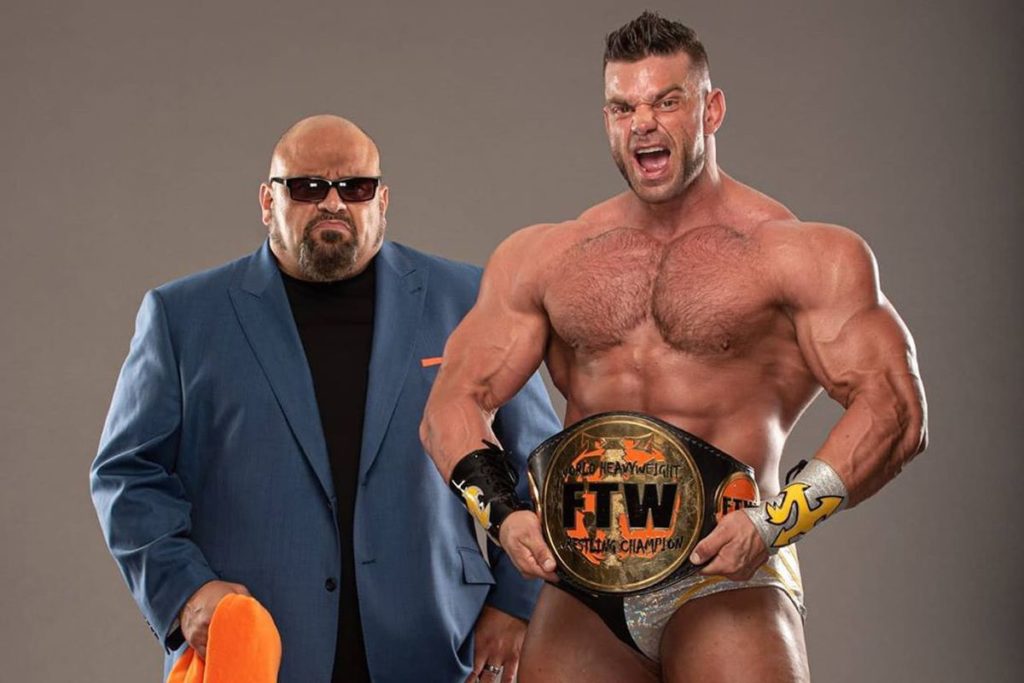 Brian Cage recently did an interview with TSN, where he talked about why he decided to sign with AEW over WWE. He mentions how he felt he would have creative freedom in AEW, something that he feels he wouldn’t have in WWE.

Brian Cage on his decision to sign with AEW over WWE:

“There were multiple factors. I think just overall, it was the cool, new thing that everybody wants to be a part of, obviously, but to be able to break through the reach I’d already done – the Ring of Honor crowd, the Impact crowd, and so on. And I felt like I needed to go to a bigger, national scene like an AEW. And another big thing was AEW had the most unique, cooler [potential] matches, if you will, and all of them would be first-time ever matches, whereas everywhere else would have been repeats and not as exciting. And if I were to go to WWE, I wouldn’t have as much creative control. That, artistically speaking, was a big reason why. I’m going to go to a place where I can showcase my abilities and have the most fun, intriguing matches and I had more personal desire to go to AEW than anywhere else.”

Brian Cage on his debut at AEW Double or Nothing:

“I was way more excited than I thought I would be [to debut]. I didn’t think I would have the same level of adrenaline with no crowd, but it was so great to debut there. And the way AEW does it, too, with the crowd at ringside [mostly made up of other wrestlers on the roster and preliminary talent] – it’s such a little thing, but it goes such a long way.”

“I think Taz is great and I think he’s a phenomenal commentator and, obviously, a great wrestler. When you think of Taz, you think of him suplexing people and choking people out, but his promos weren’t the first thing that jumped out at me. And until I was standing next to him for our very first promo did it hit me like, ‘Oh dude, Taz is great at promos!’ I knew he was a great commentator and he could cut promos, but I didn’t really think of him as a promo guy. That’s not the first thing that jumps out at you. But dude, he can kill it on the promos. I want to talk more. I don’t wanna be the guy who just stands around. And, actually, I’m not the biggest fan of being a heel. Almost every wrestler likes to be a heel more than [a] face, but I prefer to be a face than a heel, which is, I think, more of a rarity. I think it’s more so because if you think of bigger heels, they often get painted in these big bully meathead roles. I just think that’s very one-dimensional and a little meh – a little vanilla to me. I’d much rather get over as a face and then turn heel.”

Brian Cage on being a heel:

“When they’re a heel or face, they’re not really doing anything differently. They’re the same exact person…like when The Rock was super heel and then turned face, all his catchphrases and everything were exactly the same, but now he’s getting cheered for them instead of booed for them. And I don’t mind being a heel, I just feel like there’s less versatility. I’m the high school bully, that’s the go-to [for muscular heels]. And it’s fine, but the substance there to work with is very limited. So thank God that I actually have Taz because that gives some more versatility to work with. But I haven’t been there long. I haven’t done a whole lot. I haven’t even technically had a really real match – I’ve just been killing guys. I think we have plenty of things to work with going forward that we haven’t even begun to open up yet.”

Previous EC3 On Being Released By WWE, Coming Back From Injury, Controlling His Own Narrative & Much More
Next Skid Row Singer Sebastian Bach Accuses Chris Jericho of Lip Syncing