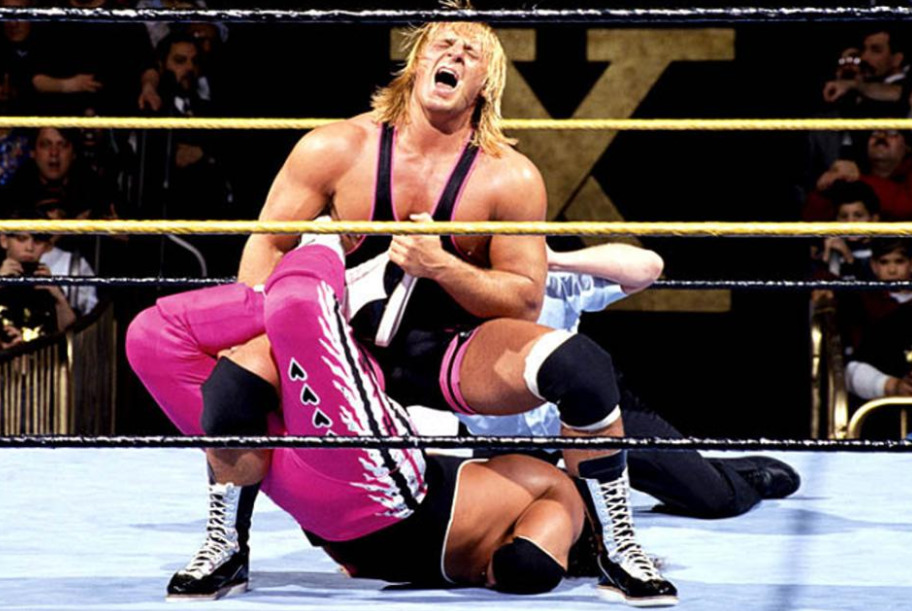 WWE Hall of Famer Bret Hart recently released the first episode of his Confessions Of The Hitman series, where he talked about his feud with Owen Hart. He mentions that he was initially hesitant about it, but after a few conditions were met he was ok with it.

Bret Hart on Owen Hart being a heel in his fantasy wrestling group as a kid:

“When I was a kid, I used to draw these [pro] wrestling magazines in these notepads, and I would have the cover, and I would write all these stories, and I had my kids from school as characters. I had this fantasy wrestling league with all these wrestlers and stuff. I made one brother as the bad brother. Like, the one Hart that had the dark side. That was Owen and it was funny how many years later when we were wrestling each other or we were getting ready to wrestle each other, he said, ‘remember those magazines you used to draw? I’m just like the guy in the magazines.’ And it was so true. I was actually the world champion in my wrestling thing and I had feuds with Owen in my wrestling magazine. It was just a funny little coincidence, but everything with Owen, there was a lot of real situations with Owen.”

Bret Hart on his feud with Owen Hart in WWE:

“I remember I didn’t want to do it. They came to me with the idea and I was like, they ran it by me and I said, ‘first of all, I can only do it with Owen, if I do this. And, I want to think about it overnight because I don’t know if I want to fight my own brother.’ I remember talking to my mom and saying, ‘this is what they’re thinking.’ I think she started crying on the phone being so disappointing, [saying] ‘I hope not’ and everything. I remember telling my mom, ‘but Owen needs a break!’ I needed to do this for Owen, so he could show everybody that he’s better than they give him credit for. They didn’t understand how good of a talent Owen was.”

“I remember I told Owen the night before, I said, ‘think about it overnight. We’ll come back tomorrow before I have my meeting with Vince.’ And I was in a good position with Vince. I had a little bit of leverage at that time, which you never have leverage for any kind of negotiation with [WWE]. But I had leverage at that time because they needed me and they had to re-sign me. And I had talked to them and I had said, ‘you need to give Owen a push. I’m not asking you. I’m telling you because he’s too good of a wrestler and he’s going to quit and become a fireman because you guys aren’t using him very [well]!’

“The next day, I found Owen and I said, ‘what do you think?’ And he goes, ‘I want to do it!’ I said, ‘really?’ because I had made up my mind not to do it. He goes, ‘why can’t I work with you? I’d make’ – because I was the highest paid wrestler with the company at that time and whenever you wrestled me, you got paid the highest – he goes, ‘why can’t I get my break? I can work with you and we’ll have great matches.’ We talked about it and I said, ‘okay.’ I said, ‘we’re in. We’ll do it.’”

Bret Hart on the conditions he had for the feud:

“I said, ‘I don’t mind doing it, but these are the conditions. I’m the boss, not Vince. If I decide we’re not doing it, we’re not doing it. It’s not about what they tell us to do. I’m in control of what I’m doing. You have to be with me. You can’t ever be used as a weapon against me. You have to always side with me with everything as we go down this road. I’m in charge and I’ll protect both of us. You just need to stick with me no matter what. I’ll take care of everything. The other thing,’ I said, ‘we don’t ride together. We don’t travel together. We don’t room together. From now on, once this thing happens, we are at war and there’s nothing worse than after a match, us flying home together. It makes it all seem like a big show.’

“I would go up to Sunday dinners at my mom and dad’s house and I would go there and mingle with everybody and talk. And Owen would bring his kids up and our kids would all play together, but Owen and me would walk passed each other and not say a word to each other. And people were always looking for it.”

“[WWE] never gave him a real break. They kind of pushed him over to the side. And then, Owen, in [pro] wrestling, if they beat you enough times, it’s kind of hard after a while to make your stock rise unless something magical happens. Once they tear you down so many times, once they pin you some many times, you can’t be revived. Your career is done. You’re better off quitting, going away for a while … I remember talking to Owen about it. I said, ‘quit, go home, go somewhere else. Go to Japan for a couple of years. Then, come back and you’ll get your break.’ They needed good wrestlers, but they obviously missed the boat with Owen. I think for a long time.”

Previous Keith Lee On Being Representation For African-American People, Finding His Identity, Roman Reigns Helping His Career
Next Big Show On Being Concerned New Day Would Ruin Kofi Kingston’s Career, Warned Him Not to Do It