Breaking News
Home / WWE / Bret Hart Breaks Down His Rating System, Where Does Hulk Hogan Rate Compared to Himself

Bret Hart Breaks Down His Rating System, Where Does Hulk Hogan Rate Compared to Himself 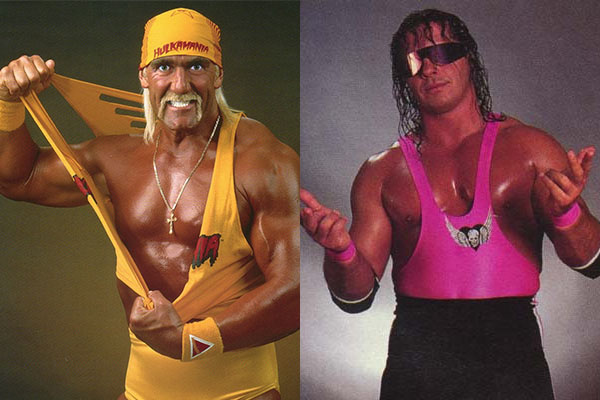 On his latest episode of his Confessions Of The Hitman series, WWE Hall of famer Bret Hart recently talked about his rating system for wrestlers. He breaks down the system into different categories. He also talks about where he ranks himself and Hulk Hogan.

Bret Hart on the first part of his rating system:

“I’ve always had a scale that I’ve used in my mind to try and measure how to diagnose was a great wrestler would be. And it’s like if you give 10 points in each category and there’s like three categories. The first category is the look. What’s your look? You’ve got a good look, you look at Hulk Hogan, okay? Unbelievable look, 6’8″ with the 24″ pythons, it’s an incredible [look]. When he walks in the room, the whole room stops. Like, you see it. He [has] got, like, legs stuck on his shoulders. His arms are as big as somebody’s legs. Then, you look at somebody like [King Kong] Bundy comes along or Andre The Giant and you go, ‘holy!’ Then you see someone like Rick Rude come in. Anyway, certain guys have a look and as soon as you see them, you go, ‘wow, that guy could make money as a wrestler!’ and you could see it. And a lot of wrestlers had great looks and great gimmicks and great character or personalities. As Hulk Hogan as an example, I’d give him a nine-out-of-10 on his look or maybe even 10-out-of-10 for his look. It was so good.”

Bret Hart on mic skills being another category:

“Then, the next category would be mic skills, the ability to sell yourself as a wrestler. How good are you at that? It’s like, ‘give me a mic and I’ll show you.’ You get some guys who can just talk – Honky Tonk Man, Roddy Piper, ‘Dr. D’ Dave Schultz. Certain guys could talk. Sweet Daddy Siki talked. Archie ‘The Stomper’ Gouldie, boy, what a talker. He could put goosebumps up the back of your neck with his stuff. Yeah, I’d give Makhan a good seven or an eight. He was a good talker.”

Bret Hart on wrestling skills being the third category:

Bret Hart on where did he rate on his system:

Previous Cody Rhodes On AEW Negotiations With CM Punk
Next Chris Jericho On How He Began Logging All His Matches, Plans to Release Complete Record