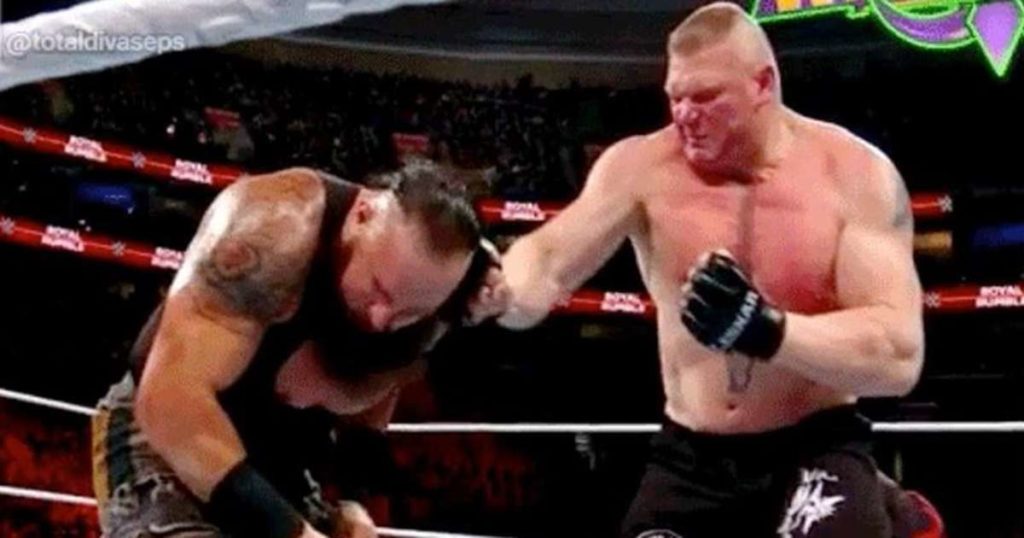 Recently the new WWE Universal Champion Braun Strowman had an interview with talkSPORT where he talked about what happened during his Triple Threat Match at the 2018 Royal Rumble when Brock Lesnar hit him with a few real punches after he felt Strowman was being too stiff.

Strowman on Brock Lesnar punching him:

“We laughed about it afterwards,” Strowman said. “It is what it is. We got to the back and I said ‘Hey, my bad,’ he said the same thing and we went about our business. We’re both grown ups, we both knew what we were getting into and at the end of the day, we’re both very dominant males and neither of us wanted to give in an inch, so in the end we took an inch from each other.

“Working with Brock I go in with the mentality that it’s a real fight. You have to. I remember Royal Rumble a couple of years ago, I got a little ants in my pants, so did he and we threw some heavy hitters at each other and carried on from there. Let’s face it, Brock’s one of the baddest human beings on the planet and I enjoy it, I like the physical aspect of it.

“I didn’t get into this thinking it was water polo or tennis or anything like that, I knew this was a full contact sport and when you’re in the ring with Brock Lesnar it is full contact. Ask anybody’s that’s worked with him. Brock brings the big fight and that’s why people pay money to see him.”