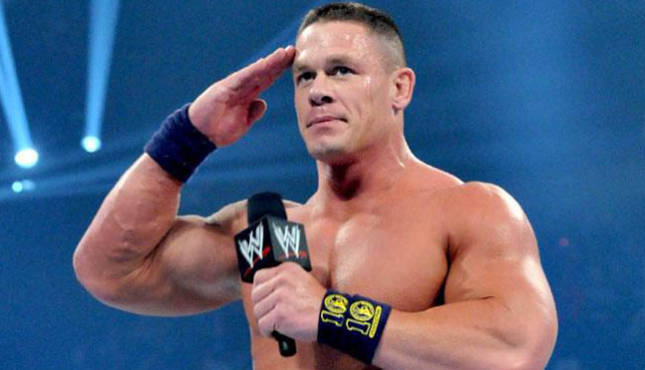 WWE Hall of Famer Booker T recently appeared on After the Bell with Corey Graves where he talked about John Cena improving so much that he ended up with the “greatest career in the history of the business.” He also mentioned how Cena had the ability to learn and improve himself, unlike make others.

Booker T on John Cena being one of the few ‘elder statesmen’ left in pro wrestling:

“Yeah, I totally agree with you on that. Cena, every time we’ve crossed paths, he doesn’t say, ‘Hi’ [or] ‘What’s up Book?’ He just always say, ‘Shakespeare.’ And that’s our code between each other. Because I tried my best to teach John Cena the art of Shakespeare when we worked. And I made sure that I gave every ounce of knowledge I had to John. No one took that knowledge better than John.

Booker T on John Cena’s ability to learn and improve himself:

“People that heard me say on commentary — and I don’t know if they thought I was digging at John or ribbing him, or whatever. I’d say, ‘Man, this guy’s got a limited skill set, but he’s a guy who’s taken that skill set and parlayed it to the greatest career in the history of the business.’ That’s not a knock or anything like that. That’s letting you know you can take very very little and make so much of it, which John Cena has done. And so many guys just don’t understand that. They just bury it, they just don’t understand it, because they haven’t been taught it. But John was, like you say, a guy that sat under the learning tree. And he made sure he soaked every ounce of that knowledge up. I wish the young guys out there can kind of look at it [similarly]. But a lot of them, you know, they give me a call from here to here, time to time.”

Booker T on helping guys in WWE learn and improve:

“It’s the small things. I tell people all the time too, like my young guys, ‘You-right handed or left-handed?’ And they go, ‘I’m right-handed.’ So I say ‘Well, hold the microphone in your left hand.’ Because your right hand want to move all around. It’s little bitty tricks of the trade that I picked up along the way. I try to make sure I give it to the next guy. You know, Samoa Joe, he was one of my guys who sat under the learning tree. [Bobby] Roode was one of my guys, Xavier Woods. All those guys were guys that I tried to make sure I helped engage something that they could go and expound to give to someone else down the line. Because I really truly honestly think that’s what it’s got me this far.”

Previous Charlotte Flair On Why She’s Taken Time Off From WWE, Says She’s Not Ashamed of Plastic Surgery
Next Chris Jericho On Almost Working With Ryback at WrestleMania 29, Suggested Ryback Break Undertaker’s Streak