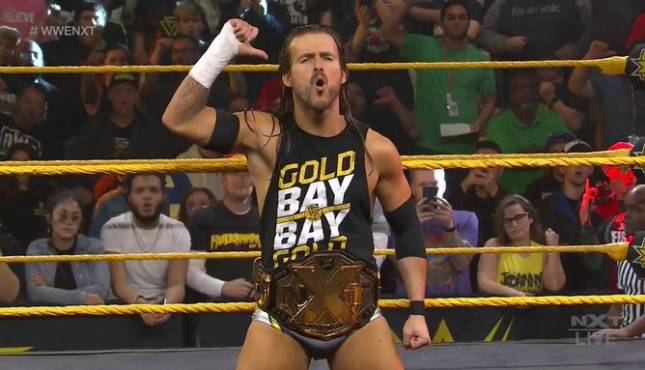 On the latest edition of the Hall of Fame podcast, Booker T talked about Adam Cole’s future in WWE now that he is no longer the NXT Champion after losing to Keith Lee at the Great American Bash. Booker believes that Cole should stay in NXT a bit longer instead of moving up to the main roster.

Check out the highlights or watch the video clip below.

Booker T on if Adam Cole should move up to the main roster:

“He’s been there a couple of years now…me personally, If I had the book, if I had the pen, Adam Cole stay in NXT a little while longer. Not saying he is not ready to go to the main roster or anything like that. Not saying he is going to get lost in the shuffle or anything like that. But I just think, like, just a little bit more time in NXT will only serve him a little bit better. I just don’t think it’s going to hurt him at all staying in NXT a little bit longer. As well as, those guys, they need guys like a[n] Adam Cole in that system to actually — as young as Adam Cole is and as short a time he has been in the WWE, man this guy is really a student of the game. An d he could teach those guys down there in that system so much.”

“I heard somebody else say it and I agree with them. I say, if Adam Cole was 6’3” tall, he’d be the Universal Champion right now. That’s how good this kid is, he really is that good. Not to blow Shawn Michaels’ horn or anything like that, but this kid? He seems like that next-level Shawn Michaels-type guy that can go out there and be that ‘Mr. WrestleMania.’ And of course, I know it’s a different era now than it was back then, but I really look at Adam Cole and say, ‘Man, this guy is really very talented.’ And me, I’m going to tell you right now. I don’t say that about a lot of guys.”

Booker T on if Adam Cole’s size is going to hinder him in WWE:

“You know why I don’t think it’ll hinder him, is because of just last week, what he went out there and showed with Keith Lee. He’s a guy that’s a small guy like Shawn Michaels. Who, you know, Shawn Michaels wasn’t a big guy as well, but Shawn Michaels worked like he was 6’3″. Adam Cole works like he’s 6’3″. And when you look at Adam Cole, the only thing you see in that box like we’re in right now is ‘Star.’ And that right there, you know, ‘Let’s go make this money, baby.’”