Breaking News
Home / WWE / Booker T on the #SpeakingOut Movement, Reaction To People’s Stories, Hoping It Gets the Scum Out of Wrestling

Booker T on the #SpeakingOut Movement, Reaction To People’s Stories, Hoping It Gets the Scum Out of Wrestling 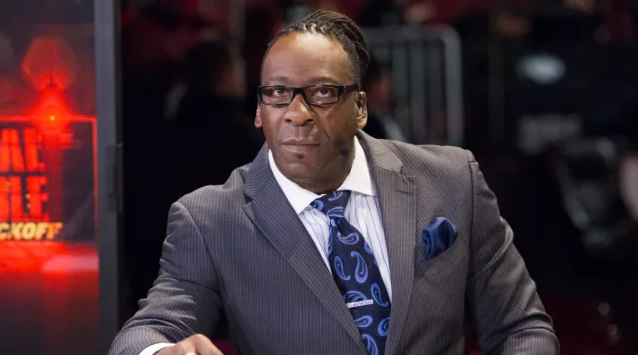 During the latest episode of his Hall of Fame podcast, Booker T shared his thoughts on the #SpeakingOut movement and how he reacted to all the stories that were made public. The movement has shaken up the industry this week, as many woman and men have come out with their own stories of being sexually harassed, groomed, assaulted and abused. Booker said that he supports the movement and hopefully gets rid of “the bulk of the scum” in the industry.

Check out the highlights or watch the full video clip below.

Booker T on the #SpeakingOut movement:

“I thought it was important to talk about this, because I have a wrestling school. And I produce a lot of young girls that’s trying to get into this business. And I always talk to them about situations like this. You know, normally, my girls that’s been around me long enough and they get a chance to always make it to the next level, I always try to have that talk with them. You know, it’s almost having the talk to my son, you know what I mean? The speech. But to give these young ladies the speech, and now to hear about all the turmoil that they’ve been having to go through just trying to be a part of this business of professional wrestling. I never really thought or wondered how deep it was until now when you hear it.”

Booker T on talking to women at his school about it:

“For me, I remember talking to one of my students and I say, ‘You gotta understand. When you go up there, you’re a good looking girl. And one of those guys, they’re gonna want to get with you.’ And I say, ‘That’s not what you really want to be focusing at right now. Because boom, it could happen just like that. I say, If you go there and the promoter, the booker, if they’re not treating you the way I treat you, you need to go and talk to someone or tell somebody something. I say ‘Because you know how you get treated around me. It’s a hug, you know, when you leave, come in, a hug when you leave. And boom, that’s it, but it ain’t going to be no shenanigans as far as me as your mentor goes. Me as your trainer, your sensei. I’m a person that you look up to.’”

Booker T on his reaction to the stories:

Booker T on older people abusing their power against younger talent in the industry:

“Like I say, I stand behind all the ladies that’s coming out and speaking out. I got a young girl, you know, she came to me when she was like a little bitty kid, like 15 years old or something like that. Her name’s Angela, you know, we call her AQA. And now she’s finally moving up, and she’s getting a chance to get out there and go around the country. And she’s still a little girl, you know, as far as I’m concerned. She’s like my daughter.

“And I can only imagine, you know, one of these scums hitting on her when I know what her true heart, you know, bleeds. And that’s going out there and performing, and being part of the business. But then you have some 40 year-old trying to manipulate some young kid. And the thing is, sometimes you know, when you’re that young, you might keep your mouth shut. You might feel embarrassed. Because someone else did something where, you might feel that way.”

Booker T on leaders in the locker room standing up for those speaking out:

“I just appreciate and hope — I’ve been seeing it from a lot of the locker room leaders. Guys saying ‘Hey, you know, we with you.’ It’s a lot of Roman Reigns in those locker rooms. You know, guys who got some integrity, guys that got some morals about themselves. Guys just gonna oversee the rest of the guys when they can’t oversee themselves.”

Previous Mike Quackenbush Responds to Allegations, Apologizes and Accepts Responsibility For Some, Denies Others (Video)
Next Low Ki – “You Have Zero Right to Tell Me That I Must Wear a Mask”