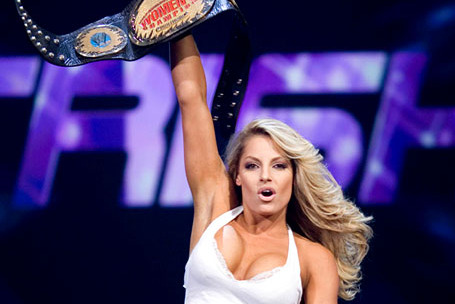 On a recent episode of his Hall of Fame podcast, WWE Hall of Famer Booker T talked about what made Trish Stratus so great in WWE. How she stepped up her game, and became a huge star. You can watch the video clip below.

“Trish was not just a beautiful girl, okay, she had all of that part sewed up. But the other side, Trish Stratus, she did not mind getting up and going into a fight. She did not mind stepping up her wrestling game, her performance game, and that’s what I remember about Trish going at her peak.”