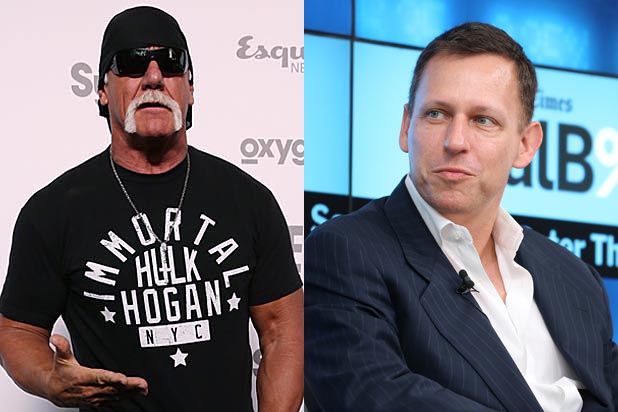 Hulk Hogan not only sued Gawker, but was awarded $140 million for invasion of privacy after a portion of a sex tape that included Hogan was published by Gawker in 2012. Turns out that Hogan had a secret tag team partner that we didn’t know about, until now.

According to the New York Times Peter Theil, a billionaire co-founder of Paypal, and powerful Facebook investor has been helping Hogan by funding his legal cases against Gawker. As of now Hogan has filed three lawsuits so far against them.

Back in 2007, Valleywag, a Silicon Valley gossip and news site that launched in 2006 and was owned by Gawker Media outed the billionaire as gay. Their headline read “Peter Thiel is totally gay, people.” At that time Gawker founder Nick Denton wrote that the tech billionaire

“was so paranoid that, when I was looking into the story, a year ago, I got a series of messages relaying the destruction that would rain down on me, and various innocent civilians caught in the crossfire, if a story ever ran.”

It took Thiel a decade and a partnership with Hogan to do it, but it seems like he is now delivering on his promise. The enormous $140 million judgement could be the beginning of the end for Gawker Media.