Breaking News
Home / WWE / Big Show On Being Concerned New Day Would Ruin Kofi Kingston’s Career, Warned Him Not to Do It

Big Show On Being Concerned New Day Would Ruin Kofi Kingston’s Career, Warned Him Not to Do It 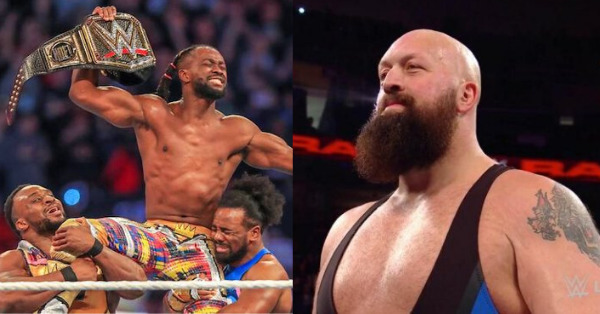 WWE Superstar Big Show recently did an interview on New Day’s Feel The Power podcast and talked about how he initially thought that Kofi Kingston joining the group would ruin his career. Of course this didn’t happen as the popularity of the group helped boost Kingston up to main event status, even leading him to capturing the WWE Championship.

Big Show on his initial concerns about Kofi Kingston being part of New Day:

“I have to eat my own words, so it’s okay. Because of who’s involved, I will gladly eat my own words because I’ve never been so happy to be wrong in my life. I’ve seen Kofi come in from FCW, all the poor things Kofi went through and how he strived. And his athleticism, his commitment to be better, his commitment to being dependable and solid. I saw him working in that championship role. He was getting there, Intercontinental Champion. Move up to Heavyweight Champion.

“And then there’s these two guys I don’t know. One looked like he tipped over my bus on the way in, and ate a cow somewhere in between. And then this other guy is running around with a trombone … running around with a trombone, playing tunes and acting like he’s lost his mind. And I’m like, ‘No!’ Because I’m thinking Three Man Band. ‘No one is going to come out well in this. This is not going to work.’ And mind you, I hadn’t seen it in front of a crowd, this is just what I saw backstage.

Big Show on advising Kofi Kingston not to be part of New Day:

“So I pulled my friend Kofi discreetly to the side … Maybe it was a foot and a half to the side. But we all know how I am with business, because of the way business was taught to me, I translate business the same way. When it’s business, you can’t beat around the bush, you can’t sugarcoat. You have to be direct. Like I told Kofi, I said, ‘You know, man you’re on your way to being a champion. Like, being a contender and getting that big title. You don’t want to run around with these two *****. I mean, I get it, you want to do something, you’re in a lull right now. But these two ***** aren’t going to get you over. And I love you man, I just want to see what’s best for you.”

“Kofi looks at me, he says, ‘I appreciate that. But you know, there is something special here. Give it a look.’ I said, ‘Okay. I will. I will reserve judgment, but I’m just telling you.’ You know, we’ve seen how many three-man groups, and whatever. And I just — to me, I thought it was a death sentence for my friend Kofi, I really did.”

Big Show on watching New Day for the first time:

“So. I sit down, and I’m watching the monitor. I hear this loud booming voice come over it like I’m sitting in a Baptist Church in South Carolina. The Pentacostal Curch, and all of a sudden everything comes out; the trombone, and the crowd, and the energy. And then I saw you guys work, and the way you work together. And as soon as you all came through the curtain, what did I say? I apologize, said, ‘Forget every friggin thing I just said.’ And I probably dropped an [F-bomb], but we’ll keep it polite for the kids that may be watching the show. I said, ‘I was absolutely friggin’ wrong. What you guys [are doing] is magic. Don’t change.’ And I’ve been a fan ever since.”