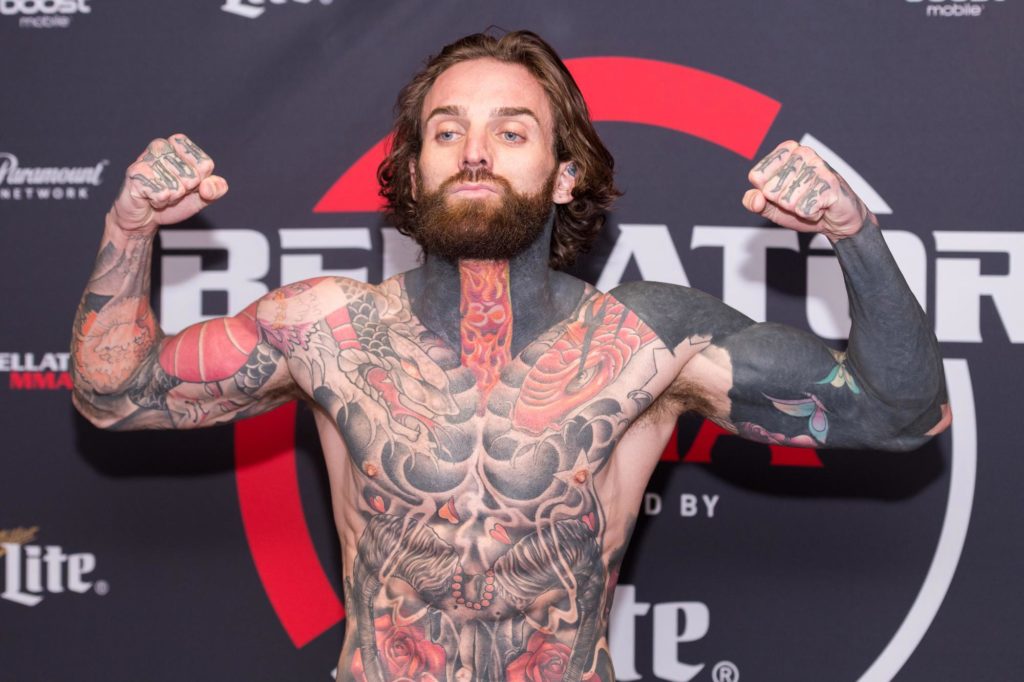 Bellator fighter and former Geordie Shore star Aaron Chalmers recently did an with The Sun, where he mentions wanting to work for WWE and possibly Bellator at the same time. He mentioned how his agent already started talks about debuting in NXT.

Chalmers’ MMA record is currently 5-2 and says that even though his Bellator career will stay his top priority, he feels that he can make it in WWE.

Aaron Chalmers on wanting to join WWE and Bellator at the same time:

“I’ve always said after Bellator, wrestling is what I want to take up, but I also want to try and run it alongside Bellator as soon as possible. I want to keep as busy as I can, if I’m not fighting I’m wrestling. I want to try build The Joker brand as big and as worldwide as I possibly can. What better way to fight on Bellator and be on NXT/WWE. I entertained on MTV, which got me over to Bellator and then I can exaggerate it over to WWE. One thing that does not bother me is the cameras. What I lack in skillset I make up for in character.”

Aaron Chalmers on how Bellator will be his top priority:

“Bellator will always be the priority. Eight weeks out from a fight it would be purely MMA, then we would pick the wrestling back up afterwards. While I feel I can physically compete at a good standard I’m going to stay in MMA. Another three good years until I’m 36 and try finish with 15-20 fights that would be me done. When I feel like I’m done physically in my body then I’ll call it a day. I was only meant to go in there and have one fight now I’ve had seven so if I can get to 15-20 then I’d be more than happy.”