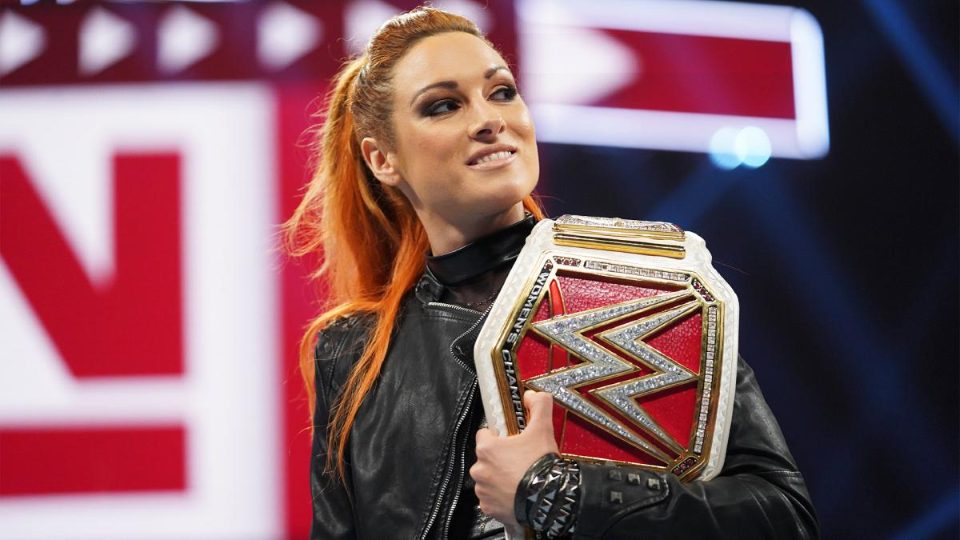 WWE Superstar Becky Lynch recently had an interview with Sports Illustrated where she talked about a few topics, including passing the RAW Women’s Championship to Asuka, Asuka being a hard worker, her plans with WWE, and much more.

Becky Lynch on passing the Women’s title to Asuka:

“Passing that championship onto Asuka meant a lot. She really, really deserves it. And another element that people missed, because it’s not really advertised, is that she’s a working mom. She’s proven that you can do it all. You can be a badass and go off and have a family, you can come in and still kick more ass, have a YouTube show, and be entertaining as all hell. The fact that she was the person to take that title from me meant a lot to me.”

Becky Lynch on Asuka being a really hard worker:

“I’ve had some of my favorite matches with her. Asuka’s cool, she’s so good and she’s a hard worker. She wants to give back and she’s not selfish. Around March of 2019, she was kind of robbed a little bit of her title. I was glad this time she was able to get it back.”

Becky Lynch on her plans with WWE:

“The WWE is my family, my actual family. I will always stay involved.”