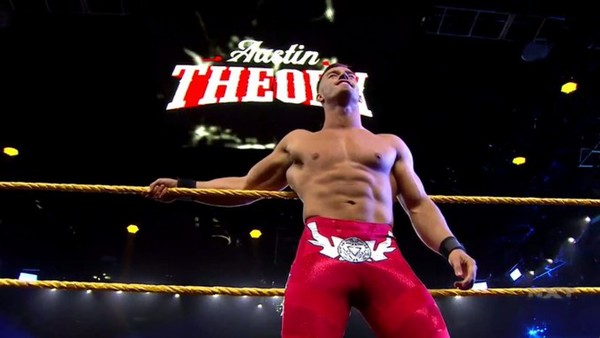 On the 4/13 edition of WWE RAW, Austin Theory took on, and defeated Akira Tozawa in a singles match, and is now scheduled to face Aleister Black next week in a Money in the Bank qualifying match. According to Dave Meltzer, the decision to call up Austin Theory to RAW was Paul Heyman’s.

Meltzer mentioned that initially, Austin Theory was brought up only to replace Andrade for WrestleMania 36, since Angel Garza needed a tag team partner to take on The Street Profits. Apparently, according to Meltzer, backstge officials were “impressed enough” with him to keep him in the main roster.

Meltzer also added that the three-person stable on RAW of Angel Garza, Austin Theory and Andrade with Zelina Vega as manager is something the WWE officials really like.

Previous Bruce Prichard On Sunny & Paul Bearer Not Getting Along, The Undertaker Getting Pranked With Pickles & Cucumbers, More
Next XFL Files For Chapter 11 Bankruptcy