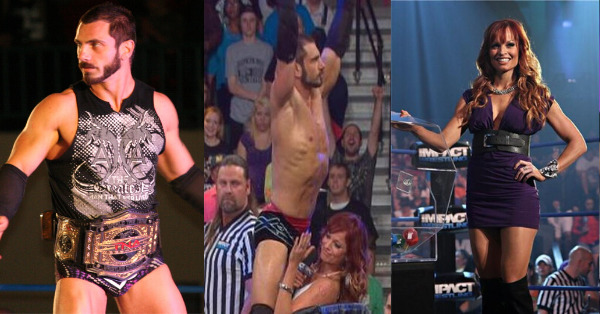 Former Impact Wrestling Champion Austin Aries recently announced on Twitter that he will be launching a podcast. He also revealed an email which clears him of sexually harassing announcer Christy Hemme back in 2013 when they both worked for TNA.

The claim was that he trapped Hemme on the corner while he stood up on the second rope (watch the video below). Aries was in character, and he was a heel at the time. Aries claims that TNA management was supposed to publish the quote in the email, but never did so he posted it now.

Aries has released a statement stating that he and his character are not the same person.

Finished recording EP1 of my podcast w/ @JustinLeeper_yo. It’s personal, emotional and transparent. In honor of what’s to come, here’s a 2013 email to my lawyer with a quote from Christy Hemme that was supposed to be posted by TNA clearing me of sexual harassment. #SpeakingOut pic.twitter.com/ZiM2q0FAuf