Breaking News
Home / WWE / Alexa Bliss On Being Worried She Might Have to Retire Over Concussions, How WWE Handled Her During That Time

Alexa Bliss On Being Worried She Might Have to Retire Over Concussions, How WWE Handled Her During That Time 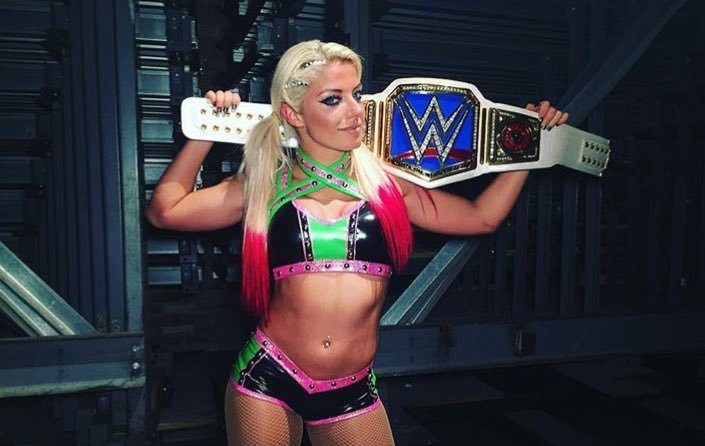 Alexa Bliss recently spoke with BT Sport where she discussed her injuries, and how it kept her out of the ring. Bliss also talked about how scary it was for her, she even thought about having to retire due to her concussions.

Bliss was out of the ring due to concussions back in late 2018 all the way through mid 2019. WWE was able to utilize her by giving her a talk show segment, “A Moment of Bliss” and hosting WrestleMania.

Alexa Bliss on being worried she would have to retire:

“Oh, 100%. You know, it was crazy, it was such a weird thing for me. Because growing up in gymnastics and cheerleading, and kickboxing, track, the whole deal. If we got injured in All-Star cheer or gymnastics, we just wrapped it up and kept going. There was one cheer competition I went out with a knee brace, I had a broken thumb, ankle was sprained or something like that. And I just did all my tumbling passes with one arm, like you just keep going. And for being in the company for almost seven years now and not having any injuries, and then having this one particular stint of time where it was just back to back concussions, it was very scary. Because I didn’t know if I was gonna be able to get back in the ring again. Because you know, we’ve had a lot of WWE Superstars have to retire from that. And I didn’t want to be one of those, but with concussions it’s such a dangerous thing because it could take a week to heal, or it could take a year. You don’t know, because you can’t just wrap up a brain and hope it heals in a cast, you know?”

Alexa Bliss on the symptoms she was feeling:

“It was definitely one of those things where I was very concerned, because I was experiencing really bad vertigo for an extended period of time. And all my other symptoms were gone, but if I had changed height levels, I would get extremely dizzy. And it didn’t go away for a really, really long time so that’s when I got really concerned. And they were like, ‘Well, you can’t be in the ring if you’re having any symptoms at all. Then you have to go through a whole concussion process after you stop having symptoms.’

“So I wasn’t even able to get to that first step for a long time. And that’s what was really frustrating, and really — really disheartening. And I was afraid that I wasn’t [going to] be able to get in the ring again, because it was nine months that I wasn’t in the ring. And just over a couple hits to the head.”

Alexa Bliss on how WWE handled her during that period:

“It was very uncertain, but I’m really grateful that WWE gave me the opportunity to still be part of the show with Moment of Bliss, hosting WrestleMania. And it really showed me too that with concussions they take it very seriously. Because I had seen a neurologist, a neuropsychologist, an eye doctor, a neurosurgeon. Like, I had seen every single kind of doctor you can about concussions. And you know, the treatment was amazing, and I had the best of the best. Vince called me in, and he was like, ‘We’re gonna get you the best of the best, we’re gonna make sure you’re okay. Safety first.’ And yeah, now I’m back in the ring.”