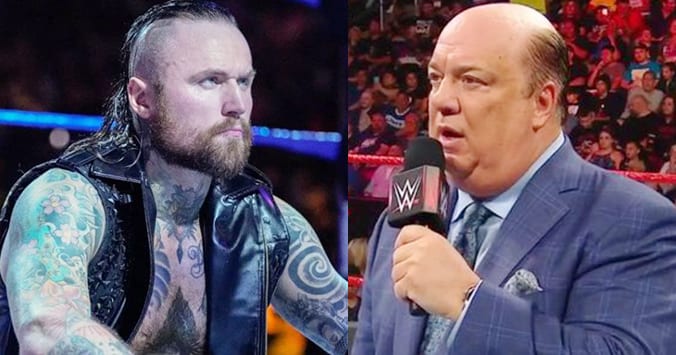 Aleister Black was recently a guest on WWE Backstage where he appeared out of character, and spoke about several topics including his relationship with Zelina Vega.

During the conversation, Black was asked by Christian, how he feels about working in the Raw brand with so many big names.

This is what Aleister Black said about working with Executive Directer of WWE RAW, Paul Heyman,

“It’s so strange that people like yourself, people like Paul Heyman and people like Edge and many many more are now among people that I can call on to give me advice or to help me further my game within the WWE.”

“It’s a very unique situation for me because never in a million year that I think that some kid from Amsterdam would be in the position that not only he would be in Money In The Bank, But he would be a fan favorite, but he would be informed and led by Paul Heyman. It’s mind-blowing.”

Check out the video of Aleister Black talking about Paul Heyman below.

Previous Bruce Prichard On Why WWE Started Adding Hollywood TV Writers to the Creative Team, Why Most Didn’t Last
Next Documentary on Atsushi Onita vs Matt Tremont CZW Match Released by Director