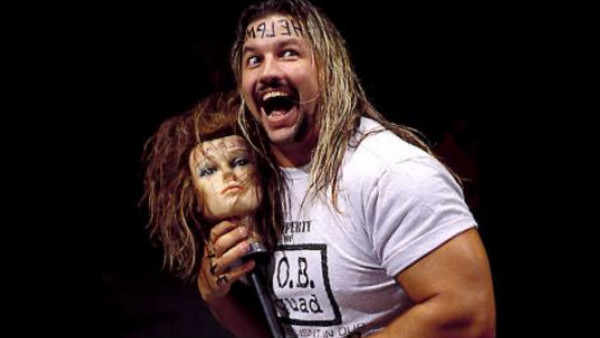 Former WWE Superstar Al Snow recently did an interview with Wrestling Inc, where he talked about OVW and how it differs from the WWE Performance Center. He also talks about wrestling moving to a more grounded, realistic style.

Al Snow on what the difference is between OVW and the WWE Performance Center:

“Don’t believe the lie that everyone propagates down that the wrestling business changed. ‘It’s changed. We’ve reinvented the wheel.’ No, you haven’t. It’s still round; it’s not six sided or octagonal or hexagonal. You’re Dilbert – you’re just making up excuses to justify. You’re now claiming that we’re no longer selling what we’ve sold for literally now a century, which is the finish. We’re only selling the intent and we’re selling who the performer is. Those are the two definite things we’re selling that draw an audience in: who and why. Not what you do.

“That’s where I may to a degree maybe differ from the Performance Center because I focus solely on teaching these people to sell who and why. Because I know that’s the thing that’s really intrinsic to making them truly a star. But they have to have the basic fundamentals of timing, footwork and distance properly done. They need to be able to have the physical capabilities because that was the thing that upset me – was not how people on the indies aesthetically looked. It was the fact that I would see people that were not taking it seriously, weren’t approaching it as a professional and were literally going in the ring and were in such poor physical condition that they were now a danger to themselves and their opponent. Make no mistake – every time you go in that ring, there is a good chance that you may get injured. The odds of you suffering a life altering or ending injury have exponentially went up over the years.”

“You can reinvent yourself and potentially recreate another product, another traction that then WWE goes, ‘Hey, you know what, let’s bring him back. We already know who he is. We’ve already dealt with him. He’s a whole new package now. We can repackage and resell him again, he can have another run.’ That does and has always happened.

“It’s unfortunate today, that these young men and women, they get in with the sole aspiration of ‘I want to get signed by WWE.’ Nothing else. I just want to get signed by WWE. That’s the only way that I will know that I’m successful. Then once they’re signed with WWE, when their run ends, because it always does – you always have a run, even back to the days when you were in the territories you had a run and you’d go to a different territory. But now, it’s like the minute they get released from WWE, ‘Well, my career is over. I’m done.’ No, you’re not. You’re only done when you say you’re done. If you use that time on that amazing platform that WWE provides these people, you have you can have a career for years later. I mean, I haven’t been on TV for God knows how long and I’ve had an incredible career and still been able to work all over the world in different companies. Have I been with WWE? No, but I’ve still been able to do this for a living and nothing else. I’ve been amazingly blessed but all because of that exposure that I had with WWE. I’m hoping that this will give that to a certain degree on a different level for performers as well.”

Al Snow on wrestling moving back to a more grappling-based, realistic style:

“It should be because, and I can’t emphasize this enough, we never have sold anything other than just the finish. The two most predominant ways to win a wrestling match are pinfall and submission 99.99 percent of the time. Where you gonna win those? On the mat. The two most predominant ways to win a boxing match are by knockout or decision. Decision means that the judges around the ring have determined that you were able to land more punches without being hit which is the real science of boxing. It’s not to knock somebody out. It’s to be able to punch without being punched. MMA – there are two predominant ways to win an MMA fight. That is by submission or knockout. If you paid your money to see either a boxing fight or an MMA fight – and the two competitors – the bell rang and they weren’t trying to do either one of those things to win, would you pay to see them again?”

Previous Dolph Ziggler On Chemistry With Sonya Deville, The Miz & John Morrison, WWE Telling Him He’d Never Be A Top Contender Because of His Hairstyle
Next Doc Gallows and Karl Anderson Reveal They’ve Signed With Impact Wrestling