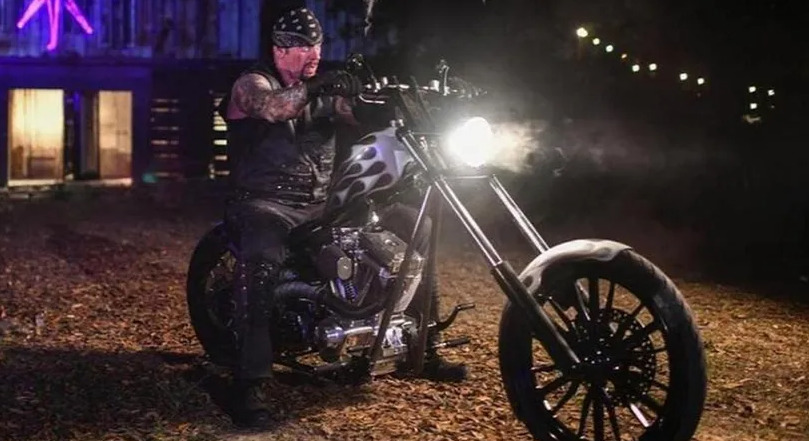 AJ Styles recently did an interview with Sports Illustrated where he talked about the Boneyard match he had with the Undertaker earlier this year at WrestleMania. Styles revealed that the Undertaker actually needed to get stitches after filming the match.

AJ Styles on his reaction after finding out he would work with the Undertaker:

“I found out I was going to be working The Undertaker right before the Saudi show [in February]. I was like, ‘Finally, I get an opportunity to learn from a guy like The Undertaker.’ I was super excited about it. I was so jealous of guys that got to work him. For me, to be able to learn from the best, it was a blessing.”

AJ Styles on what most fans don’t know about shooting the match:

“There were definitely some crazy moments. Undertaker had to get stitches after he busted his arm open. That just added to the match, to be honest with you. Just being there and doing that particular match was awesome. And I don’t know if everyone knows how long it actually took. We started around eight o’clock, and we didn’t get finished ‘til about 4:30 in the morning. It was basically a movie, so we needed to get cameras in the right spot and walk through some stuff that was going to happen. I have a lot more respect for actors after working on those fight scenes.”

AJ Styles on if he knew the shooting would take all night:

“I didn’t know I was going to be up all night. Nobody really knew how long this was going to take, so how do you prepare for something you don’t know? But it all worked out. It was difficult to stay up that late, but we pumped each other before the fight scenes. Undertaker and myself, we did our fight scenes in one take. That’s all it took. But at one point, Undertaker had his scene with the minions, so we were waiting for our spot to come up. The waiting, that part was long, but it was still good. The way it all turned out was unbelievable.”