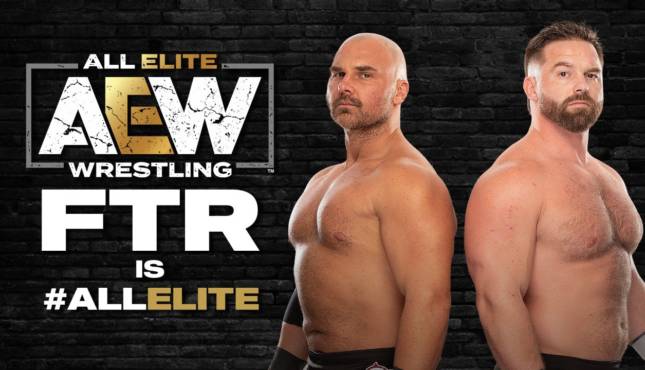 FTR, who were previously known as The Revival while working for WWE, made their AEW debut last night on AEW Dynamite. They ran in to help the Young Bucks after being attacked by Blade and The Butcher.

Backstage they took the time to take a picture with Tully Blanchard and Arn Anderson, which you can see below.

AEW’s official account welcomed FTR to AEW, and noted that they were “All Elite.”