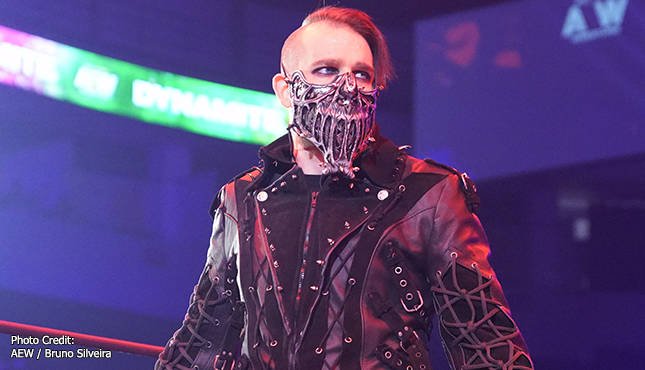 All Elite Wrestling has issued a statement regarding Jimmy Havoc’s status with the company after allegations of mental abuse by a former partner of his. Rebecca Crow, who dated Havoc for three years, posted on her Twitter account that Havoc was mentally abusive the whole time that they dated. She claims that he would threaten suicide, self-harm in front of her when they would argue and other forms of verbal abuse.

Crow said that Havoc would,

“[tell] me that I was a horrible person, that I didn’t love him, that I was hurting him on purpose, and that I made him want to die. He told me he would take part in the tournament of death and kill himself there, and if I tried to go in to save him he’d tell the door not to let me in.”

According to Crow, Havoc was drunk during WrestleMania weekend in Orlando back in 2017. Allegedly Havoc made Crow his “verbal punching bag every day.” It was so bad that she ran away from him during the PPV because she couldn’t stand it anymore. She also said that the first time she tried to leave him, it was after an episode of SmackDown in London, it was because Havoc was drunk and verbally abusive. Havoc supposedly “stormed over to her, grabbed her arm and got up in her face to ‘apologise’. She was afraid.”

Havoc has not yet made a public comment on the allegations, but AEW has issued a statement where it said that Havoc is receiving,

The statement ends by saying,

“We are evaluating his status with our company and will address it when he has successfully completed his rehabilitation.”

This story isn’t in any order. A lot of my memory of this abuse is disordered because i was battling drink and substance abuse to cope. That DOES NOT make it invalid.
I’m #speakingout because I dont want anyone else to be hurt. And I don’t think i’m alone.
TW: relationship abuse pic.twitter.com/JTRmKGCDoT

We wish Jimmy Havoc all the best as he receives treatment and counseling in an effort to overcome the mental health and substance abuse challenges in his life. pic.twitter.com/mh0hudsPuW