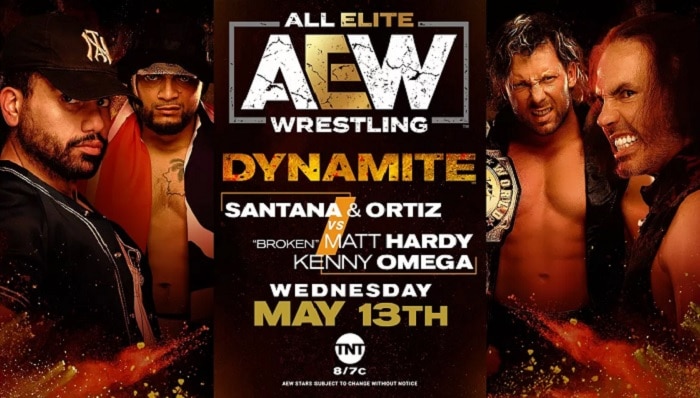 The May 13th episode of AEW Dynamite aired on the TNT Network from Daily’s Place in Jacksonville, Florida.

In addition to the results below, AEW announced that former heavyweight boxing champion, Mike Tyson will present the TNT Championship to the winner of Lance Archer versus Cody at Double or Nothing.