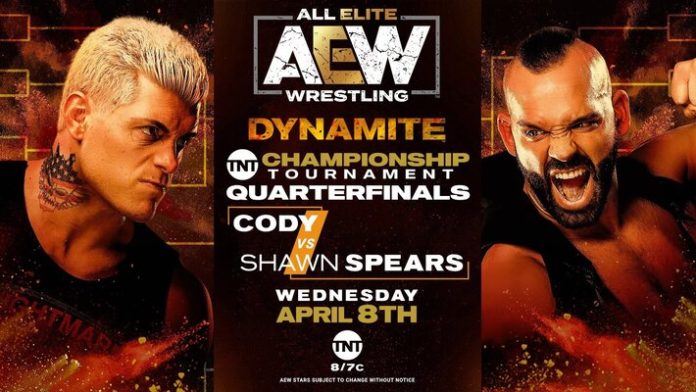 The April 8th episode of AEW Dynamite aired on TNT and took place in an empty arena. The show featured Lance Archer, Brodie Lee, Kenny Omega and for the main event, the first match in the TNT Championship tournament between Cody Rhodes and Shawn Spears. Check out all the results and highlights below.