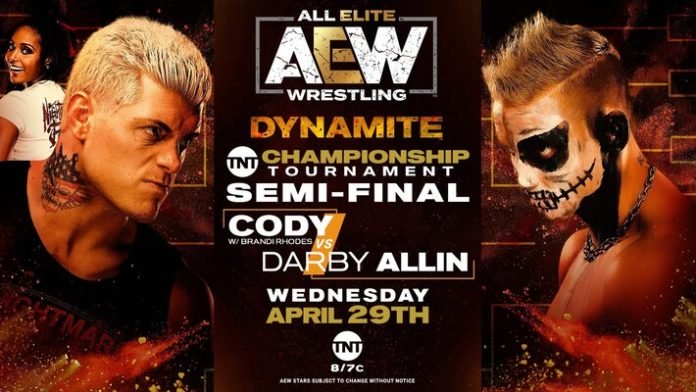 The April 29th episode of AEW Dynamite aired on the TNT Network. The show featured several good matches, including Musa vs Wardlow, Baron Black vs Shawn Spears, Marko Stunt vs Brodie Lee, and Jimmy Havoc & Kip Sabian vs Best Friends. AEW Dynamite was headlined by 2 semifinal matches of the TNT Championship Tournament, the first one between Darby Allin and Cody. The second tournament match was between Dustin Rhodes and Lance Archer. You can check out all the results and highlights below.