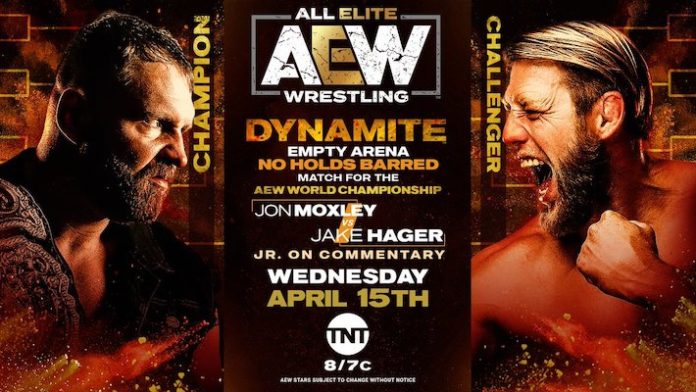 The April 15th episode of AEW Dynamite aired on the TNT Network. The show featured wrestlers like Lance Archer, Colt Cabana, Britt Baker, Sammy Guevara, Chuck Taylor, Shawn Spears and was headlined by AEW Champion, Jon Moxley defending his title against Jake Hager. If you missed the show don’t worry as we have all the results and highlights below.