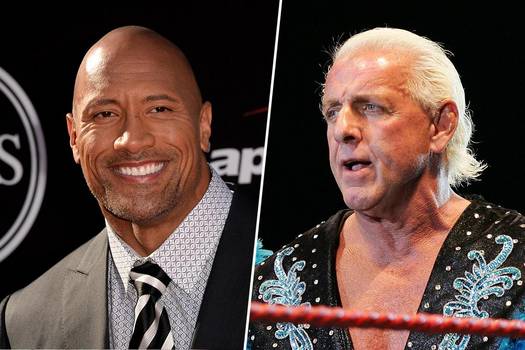 Ric Flair was a special guest on the Busted Open Radio show recently and said that Dany Garcia and (The Rock) Dwayne Johnson will be collaborating to make a movie about his life. Their Seven Bucks production company is expected to produce the film.

“I talked to Dwayne and Dany Garcia. And they’re gonna’ collaborate, the last time I heard, for all this stuff and make a movie with the WWE (about) me with Sue Levison, who now is with WWE and is doing a fabulous job. Sue’s got a great background. As soon as everything gets rolling again after that, they’ll make that movie. I am looking forward to that because I’ll have a lot of input.”

Ric Flair also mentioned that there will be a TV show coming out soon, about his life in 1980’s.