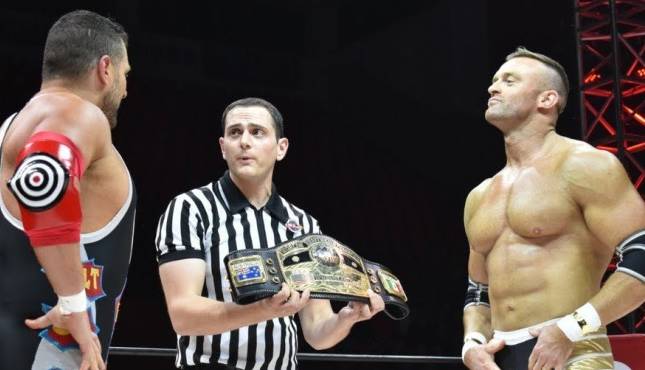 A new livestream has been released by the NWA, which focuses on the story of Colt Cabana vs Nick Aldis in China from 2018.

You can check out the video and read the statement from the NWA below.

We’re proud to present the full journey of Colt Cabana vs. Nick Aldis including the initial challenge that happened after Nick Aldis defeated James Ellsworth in a challenge match. We’ll learn more about Colt Cabana’s journey to a potential third NWA Worlds Championship. Cabana speaks honestly about what the first two reigns were like and how he never thought he’d get a second chance.

Also from the #TenPoundsOfGold story, you’ll see the journey of both men to China from landing in Shanghai to their journey to Wenzhou for this historic match. This is an unparalleled look into the life of The NWA Worlds Champion and his challenger. Plus you’ll see the full match that happened in front of over two thousand fans.

Also in this video, you’ll be the first to find out when the very special #NWAPowerrr episode entitled Super Powerrr will air!