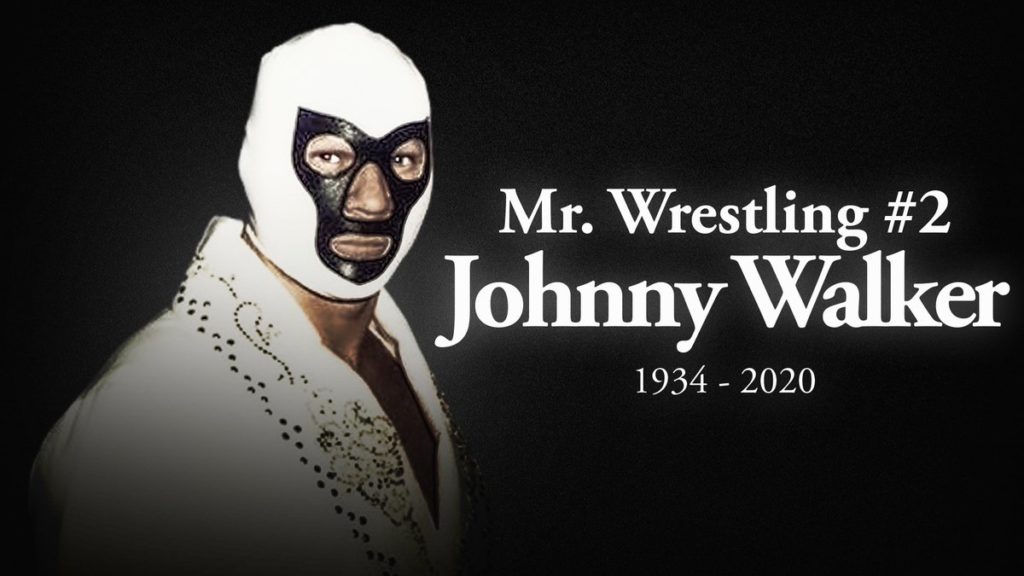 Mr. Wrestling II, who’s real name is Johnny Walker passed away yesterday at the age of 85. Cause of death is still not known.

Walker was extremely popular after talking up the ‘Mr Wrestling ‘ mask. Even President Jimmy Carter once called him his favorite wrestler. Walker started his wrestling career in the 1950’s with the NWA. He won several different titles like the NWA United States Junior Heavyweight Championship, NWA World Tag Team Championship,  NWA Georgia Heavyweight Championship, and the NWA National Heavyweight Championship throught the 70s and 80s. In the 80s, Walker went to the WWF for a short time, and was mostly used as someone to put over other wrestlers. He wrestled his last match in 2007 for Hawaii Championship Wrestling, while also serving as director of talent relations.

A huge star in the 1970s and 1980s in Georgia Championship Wrestling, Mid-South and all over the NWA. He was also the favorite wrestler of President Jimmy Carter. pic.twitter.com/OJAFuItZK7

Previous Impact Wrestling Results (6/9) — Michael Elgin vs Ken Shamrock vs Sami Callihan, Deonna Purrazzo Debuts
Next Ricochet On Konnan Convincing Him To Join Lucha Underground, Loving His Time There, Frustration In His Departure