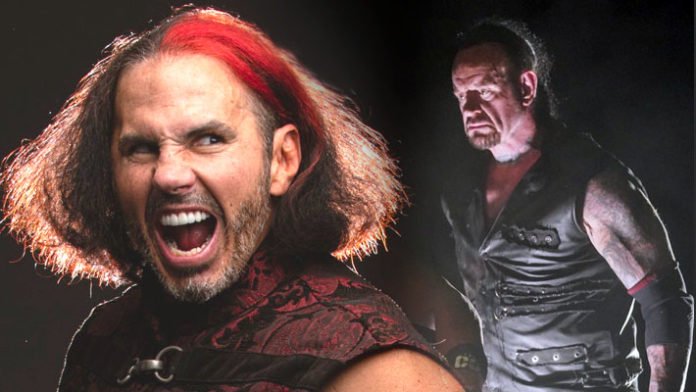 The main event for WrestleMania 36 was called a “Boneyard Match” between AJ Styles and Undertaker. The match had an action/horror movie feel to it, as the WWE hired an outside production company to build the set, which took five days. The actual match itself took about eight hours to shoot.

Comparisons have been made between the Boneyard Match, and Matt Hardy’s Broken Universe as they both had cinematic elements. Hardy went to Twitter to respond to the comparisons that fans are making by saying that he envisioned matches like this years ago.

Thanks for all the love, folks.. I’m truly honored. Cinematic matches 100% work with the right characters, scenario & fanbase – I envisioned them as a new branch of pro wrestling years ago.

Much like TLC did, The #BROKEN Universe will leave its mark.

Previous WWE WrestleMania 36 (Night 2) – Final Lineup
Next Zack Sabre Jr. On Growing Up as a Wrestling Fan, WWE’s popularity in the UK, Starting to Train at 14, Plus More