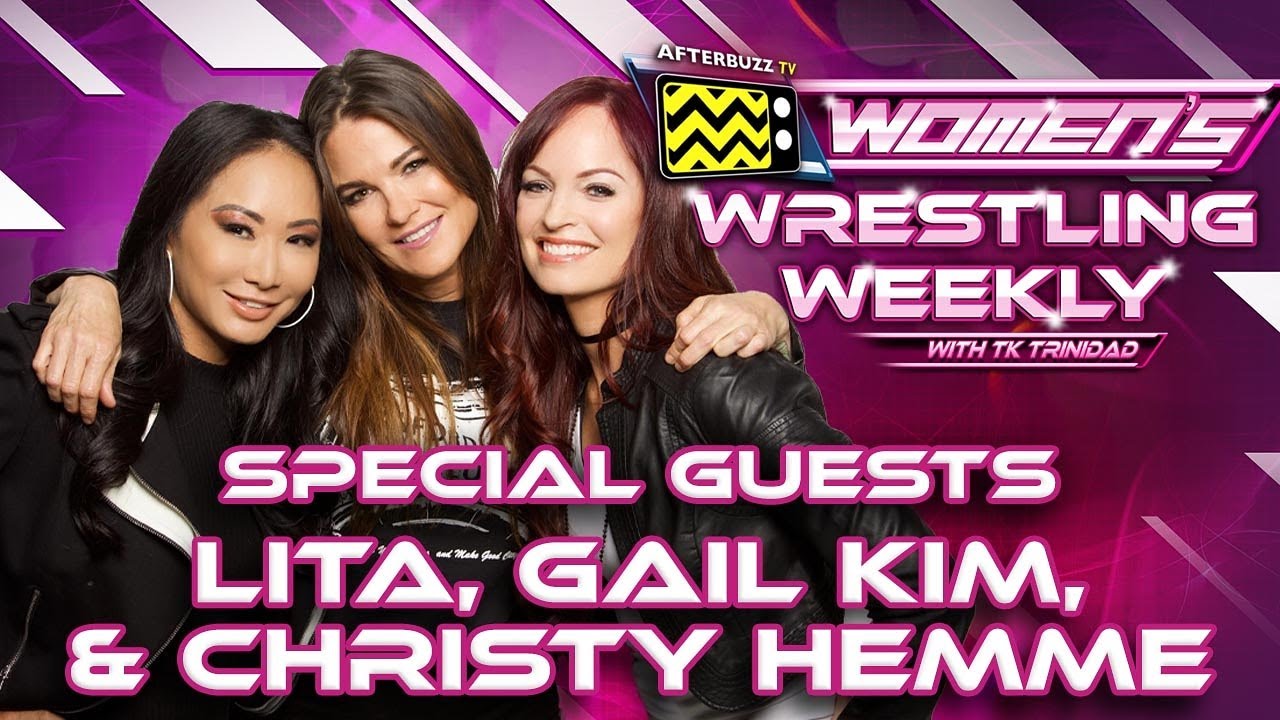 Christy Hemme, Gail Kim and Lita were all recently guests on the Women’s Wrestling Weekly podcast to talk about different topics regarding the world of professional wrestling. Check out the highlights or you can listen to the whole episode below.

Here are a few of the highlights:

Lita on the WWE Mae Young Classic and the Evolution PPV:

Dude, why is it not back? So Mae Young got so much positive feedback, Evolution was sold out, granted, you can’t look at your own timeline for how people feel because they’re like, ‘You’re so great,’ and I’m like, oh, everyone loved it, but from what I got, everybody responded really positively to it, even just financially, it was sold out, I don’t understand why there is not another Evolution, why it didn’t make the regular PPV cut, was really shocking to me.

Christy Hemme on who would be on the Mount Rushmore of female wrestlers:

For sure these two [Lita and Gail Kim].

Gail Kim on who would be on the Mount Rushmore of female wrestlers:

For me, personally, I’d add Molly Holly, she inspired me a lot, and she’s a great person and that is important to me. At that time, there were, for someone to be in WWE and meet an indie girl and go out of her way to help someone, that always stayed with me forever and I was like, I tried to pass that along and certain people, the way they handle situations and the way they are with fans, her and Kurt Angle are the two for me that I admire a lot for the human beings that they are.

Lita on who would be on the Mount Rushmore of female wrestlers:

What about Beth? Because she’s kind of in between. She’s a bridge.

Lita on which woman should be in the WWE Hall of Fame:

Chyna, by herself. Chyna. I’m going to say yes just because I want to put it out there.