Breaking News
Home / Indie/lucha / Joey Ryan Proposes To His Girlfriend, Then Pins Her

Joey Ryan Proposes To His Girlfriend, Then Pins Her 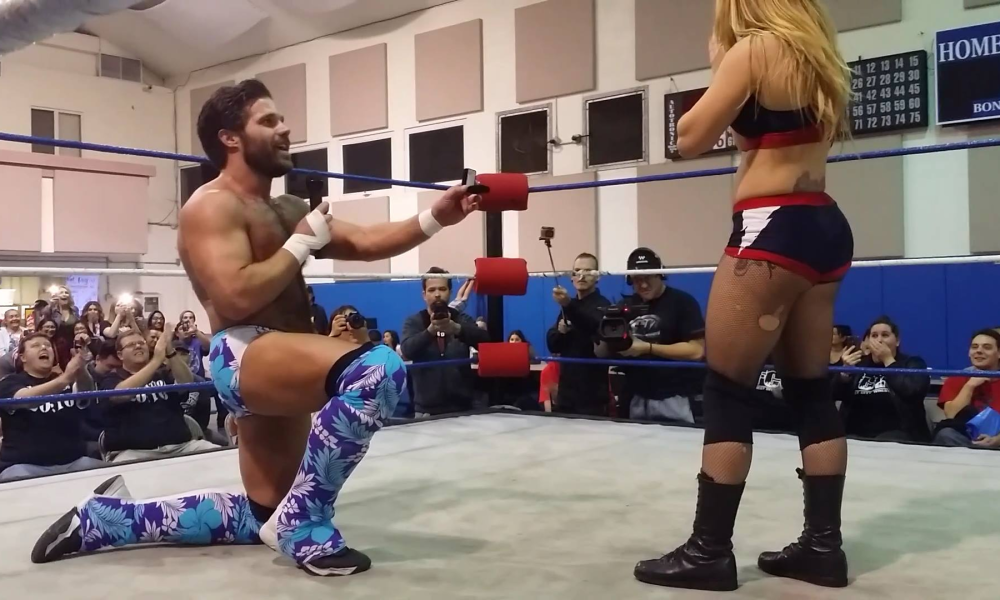 Joey Ryan who is a former TNA wrestler and is currently working with Lucha Underground had probably his biggest match to date. While working a match for Finest City Wrestling in San Diego Joey surprised his opponent by dropping to one knew and proposing in the middle of the ring. His opponent was his girlfriend Laura James.

During the match there was a spot where the ref took a bump and went down. While Laura was checking on him, Joey took advantage of that time to grab a microphone and a ring. Ryan then got down on one knee and said “We’ve been talking about this so much that I feel like this was the only way to surprise you.” After she said yes and they both embraced, Joey put her in a small package to get the win.

You can watch the video of their engagement below: