Glacier On Breaking Into the Business, Signing With WCW, Bonding With Eric Bischoff & More 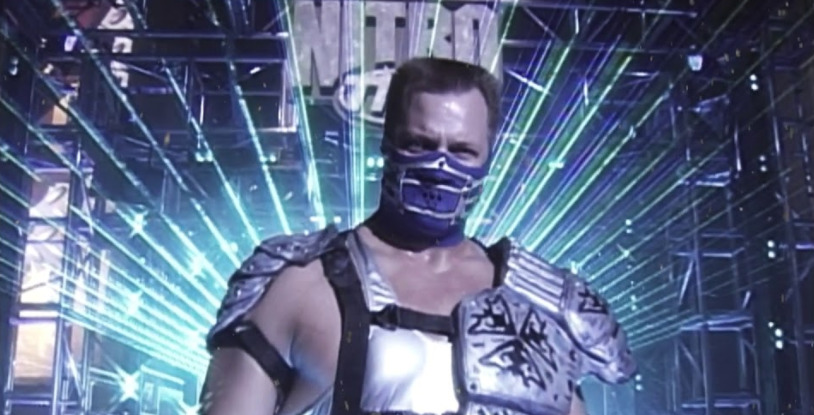 Recently former WCW wrestler, Glacier joined the VOC Nation’s In The Room Podcast to discuss several topics including breaking into the industry, wrestling being unfair, negativity in the business, thoughts on Eric Bischoff and much more.

Glacier on breaking into pro wrestling:

“It literally takes at least three to five years to get your feet wet with (pro wrestling). It’s not something that you learn in a year, it’s just not…and about year four or five, I felt like I was good enough to move to the top level, I really did. I was humble and I just kept plugging away…this business is like the entertainment business as a whole; it’s the most unfair business in the world. People get breaks that you may see and you’re like, ‘man how did that person get a break and I’m not getting a break’…you just have to keep plugging forward and you work on what you can control.”

Glacier on the advice he gives to young talent:

“It’s not what you know, it’s not who you know, it’s who’s willing to say they know you. It’s who is willing to put their name and reputation on the line for you to give you a leg up. Dallas Page did that for me. I knew Dallas for a few years before I went to WCW and eventually Dallas went to bat for me to Eric Bischoff and in January of 96 I had a meeting with Bischoff and it changed my life forever.”

Glacier on the unfairness in the wrestling industry:

“One of the worst things that can every happen to anybody is someone who puts all the time in, does everything right, and the break still never comes; that happens a lot in this business…to me, why didn’t Brad Armstrong ever become world champion? It blows my mind that they never gave Brad Armstrong the huge push that I and a lot of other people felt like he deserved way back in the day.”

Glacier on signing with WCW:

“It took me almost nine years for (my) break to actually happen, and when I had that meeting I was prepared. I knew 100% that I’m gonna sit here and convince this guy that I’m somebody he needs to sign. And we sat there for almost three hours in a dinner meeting and I’ll never forget that I was drinking a lot of ice water and I was like ‘I’m not gonna get up and go to the bathroom, because if I do he’ll be gone.”

Glacier on negativity inside the wrestling business:

“The negative voices get the publicity. You can have a million great people cheering for you and the one person who is the critic, that’s the one who they do the story about…so I had to learn to deal with that, and I had to understand that they weren’t attacking me personally, they just weren’t fans of the gimmick; that was hard to separate the two. Glacier means an awful lot to me, and as I get older it means even more to me.”

Glacier on bonding with Eric Bischoff over martial arts:

“The first hour and a half of our meeting was just us talking martial arts. That’s where I felt like I really won him over. He would throw names at me of tournament karate people and stuff like that…I didn’t know that he an Ernest Miller were great friends at the time, I would learn soon after that…but I felt like Eric went into the meeting (looking to find out if I) say that I know this stuff, or if I really know this stuff.”

“I think the lessons he learned, a lot of them didn’t become evident to him until later until he was able to look back (and say) ‘I wish I could have really done that differently.”

Previous Rey Fenix Added To Casino Ladder Match at Double or Nothing
Next Otis On Dyslexia, How It Impacted His Life, Going To College, Telling Tucker About It, More