Edge Says His Injury Was A Learning Experience 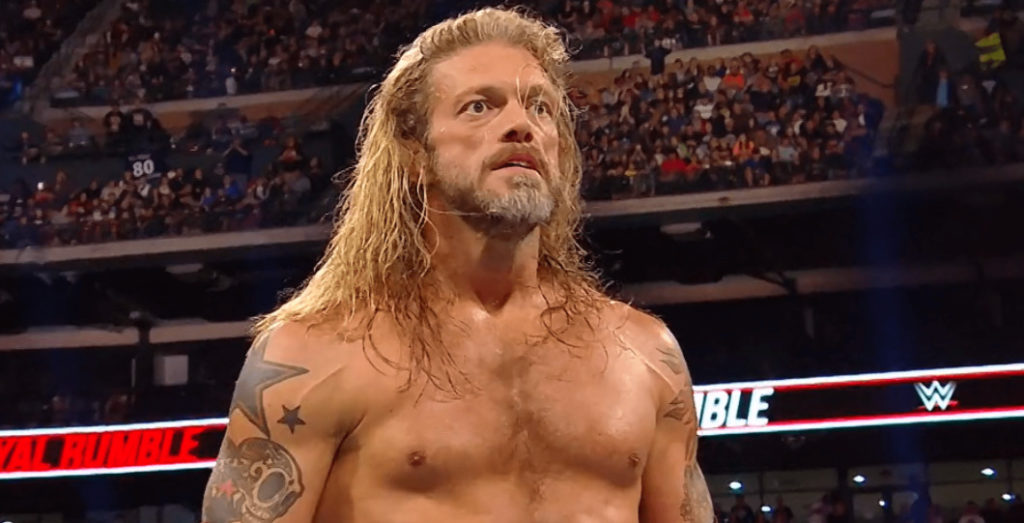 WWE Superstar recently did an interview with Sports Illustrated, where he talked about his triceps tear injury that he suffered while taping the match for the WWE Backlash PPV. He calls the injury a learning experience. He also talks about being nervous when he made his return to WWE at the Royal Rumble.

Edge on the injury he suffered at Backlash:

“It’s OK. You know, I look at injuries and ask myself, ‘How was it compared to the Achilles tear?’ [laughs]. Compared to the Achilles tear, it was nothing. There was surgery, but I know the drill. I know what I have to do, and I know you have to baby it for the first month, then I can start putting the nose to the grindstone. I can still do exercises for the rest of my body, which is good, so it’s just being careful. It’s a learning experience, too. The doctor that did the surgery said that there was a good chance my tricep was already partially torn going into the match, so I look it as a learning experience. My elbow was sore for probably a month, but I thought it was one of those regular aches and pains. I have a bunch of floating chips in my elbow, so I told myself, ‘Of course it’s going to hurt.’ This is a reminder that I need to listen to those things. At 46 years old, my body is trying to tell me something’s up. Now I have that knowledge going forward if something’s aching.”

Edge on if he knew his triceps was torn during the match:

“I knew. I took an RKO, and I felt a little nauseous and I got a cold sweat—not a hot sweat. That’s generally when you know you’ve popped something. It wasn’t all that painful in comparison to my neck pain over the years or compared to tearing both pecs or tearing my Achilles. I just thought, ‘I might have torn it a little bit,’ and then I found out I tore it completely off the bone. I gauge everything to the pain of tearing my Achilles, so not a lot can compare.”

Edge on making his return at the Royal Rumble:

“I can truly say that was the first day in my wrestling career when I was nervous. Even before my first match way back in WWF in ’96, I wasn’t nervous. I felt ready, I was confident, I was young and indestructible. This was the first time that I’ve wrestled having had kids. I think that was the big thing for me. I’m coming back from this injury that was supposed to be impossible to come back from, so that was on the table. And I have kids at home now. There are a lot of responsibilities involved in this, so that was really nerve-wracking, and that was foreign to me. I wasn’t used to feeling nervous. Going back to Jay, that was the first time he’d seen me nervous. Beth [Phoenix, my wife,] and I weren’t together before when I wrestled, so she didn’t know what I was like. Jay knew I didn’t get nervous. So when I was nervous, that changed everything for him. Even the hiding and all that, the strangest thing for me was coming to grips with having nerves for the first time. I can’t say I really liked it, and I’ve had them for all three matches now. I better quickly come to grips with it [laughs].”