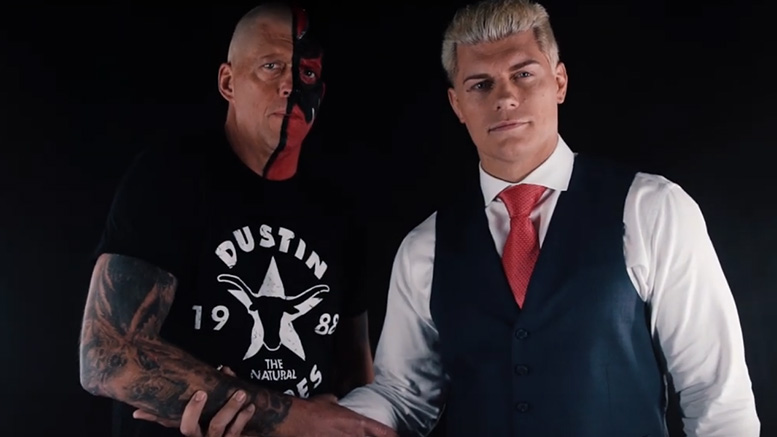 “Cody has really grabbed this ball and run with it. I see Cody personally, and I’m not just saying this because he’s my brother, but he does the most work here backstage and out in the ring. I mean he’s such a great performer. But the things that really impressed me are the things that he does backstage. From holding the meetings to just knowing what is needed to be done. Even though you have your Kenny Omega, The Young Bucks and Tony Khan, the group collective there.”

Dustin Rhodes on how Cody Rhodes reminds him of his father, the legendary Dusty Rhodes.

“But Cody man. I just, because I know him and I’m watching him just handle business? On the business side of it, it’s just really impressive and it reminds me of dad a lot. Dad, And that thing about him. I’m more of the performer and the promo guy that can cut the promos and wrestle. Cody? He has the whole package. I think it is a giant burden on anybody’s back, it is hard to please the fans all the time. Especially with a whole roster of things and a whole TV show? It is tough to do. And he’s handling it and he’s listening to the people. He’s listening to their needs and their wants and we try our best to give them what they want. And you know, you learn from your small mistakes and you try to build upon those the next week and not have those same mistakes. He’s really handling it well.”

Dustin Rhodes is scheduled to return to action this Wednesday night on AEW Dynamite when he takes on Kip Sabin in a TNT Championship tournament quarterfinal match.

Previous Jim Cornette Reacts to Howard Finkel’s Passing
Next Britt Baker on Her Promos Being Based Off Bullet Points, AEW Allowing Creative Input